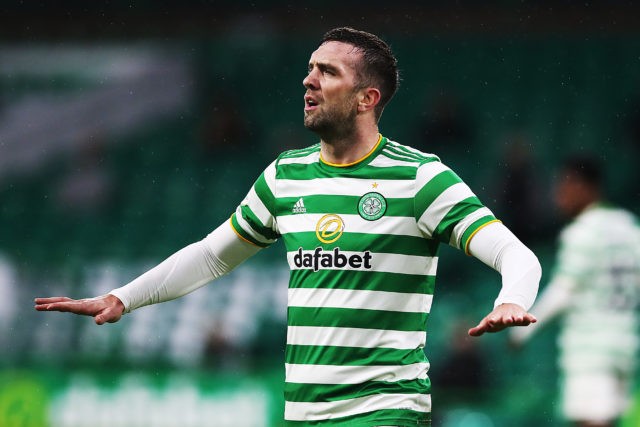 Celtic crashed to a 2-1 defeat against St Mirren in the Scottish Premiership earlier today.

The Hoops have had a mediocre season so far and things continue to worsen for the reigning champions and Neil Lennon.

Lennon was already under tremendous pressure and today’s defeat will only strengthen the belief around the club that a new manager has to be brought in to salvage the remainder of the campaign.

Celtic are now 23 points behind league leaders Rangers and it seems highly unlikely that they will be able to win their 10th League title in a row.

The fans will be thoroughly disappointed with the performance of the players today but Shane Duffy was particularly poor for the home side.

The 29-year-old produced another disastrous performance against St Mirren and it is baffling that Lennon continues to start him despite his poor performances. He was at fault for both goals.

It is evident that Duffy has not adapted to life in the Scottish Premiership and he is simply not good enough to start every week.

If the manager continues to pick him in his starting line-up every week, it could end up costing him his job.

Some Celtic fans took to Twitter to share their thoughts on Duffy’s performance and here is what they had to say.

Shane Duffy 😂😂 honest to God, he somehow manages to find ways to make himself look even more ridiculous every game, he’s in a league of his own now, the worst Celtic CB in the last 30 years, IMO.

Neil Lennon thinks Shane Duffy should start for Celtic. Just put that on the review and sack him

Shane Duffy is one of the worst defenders I’ve seen at Celtic.. why is welsh not playing? Feel for turnbull and soro here they are getting dragged down and they should be flourishing.