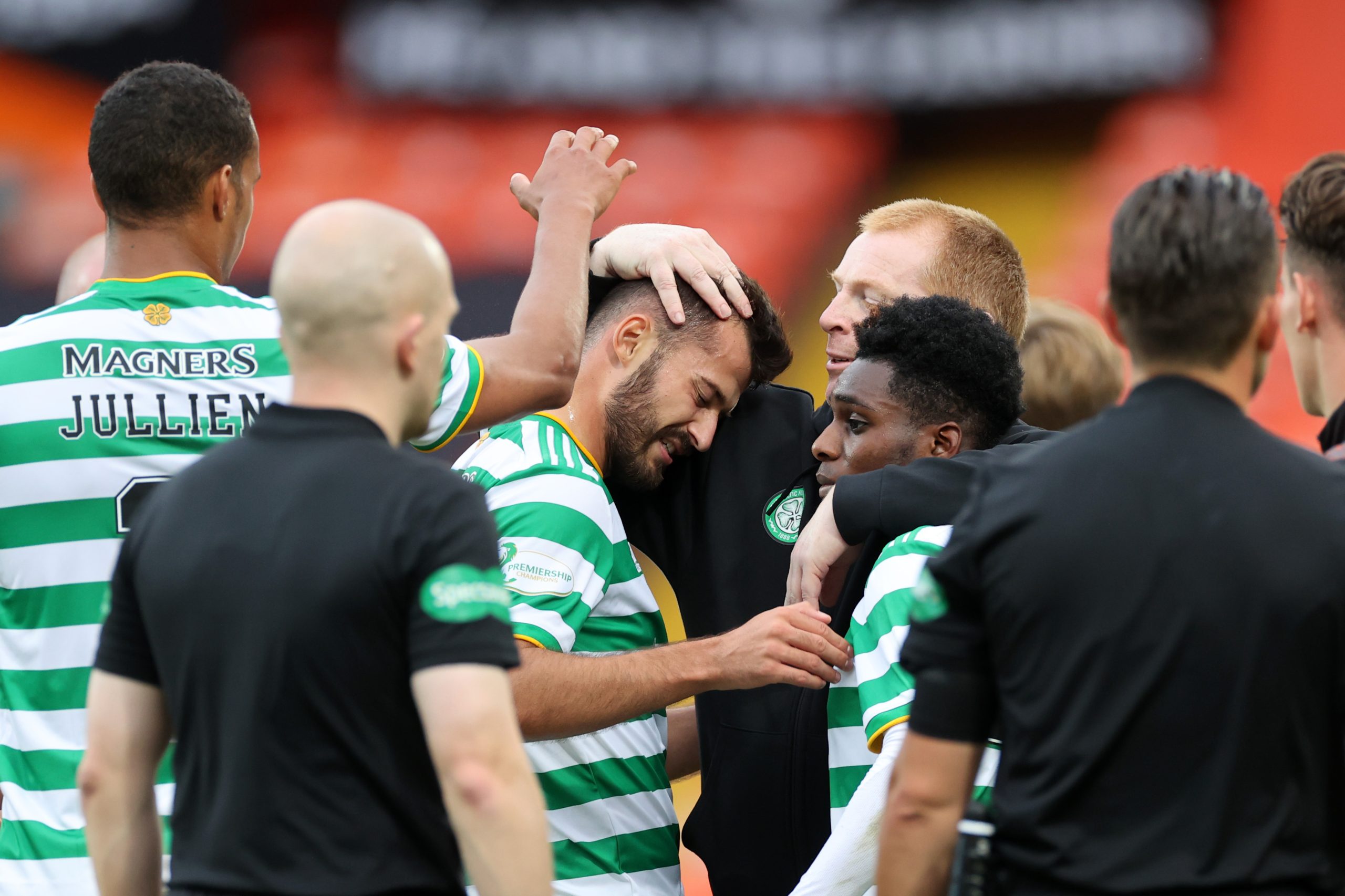 Celtic picked up a 1-0 win over Dundee United in the Scottish Premiership earlier today thanks to a late winner from summer signing Albian Ajeti.

The Swiss striker came off the bench to win the game for Neil Lennon’s side but the Hoops were far from convincing today.

Dundee United managed to cause them all sorts of problems and Celtic must improve if they want to win the title this season. So far, Rangers have looked better this season and Lennon will demand better performances from his players in the coming weeks.

One of the key weaknesses for Celtic right now is their midfield. Scott Brown is past his peak and Neil Lennon needs to replace him.

The 35-year-old is a club legend but his form has dipped massively.

The Celtic midfielder was mediocre today and the opposition managed to stroll past him with ease.

Celtic need someone better in his role to control games better and it will be interesting to see if Lennon brings in a new midfielder before the window closes.

Here is how the Celtic fans have reacted to Scott Brown’s display earlier today.

Another game that where Scott Brown is not making much impact.

Scott Brown is finished, I love the man but he is more than a yard off the pace at this point. Total empty jersey today.

Scott Brown is a waste of a jersey these days….

Give brown a rest next game Lenny.

Can we drop Brown now? Can barely run. Thank God Lennon went 2 up top, should be from the start.

Maybe for a laugh in the next game lets not play 4 players out of position and Lennon can give it a rest with the blind loyalty to Brown no matter how he plays.