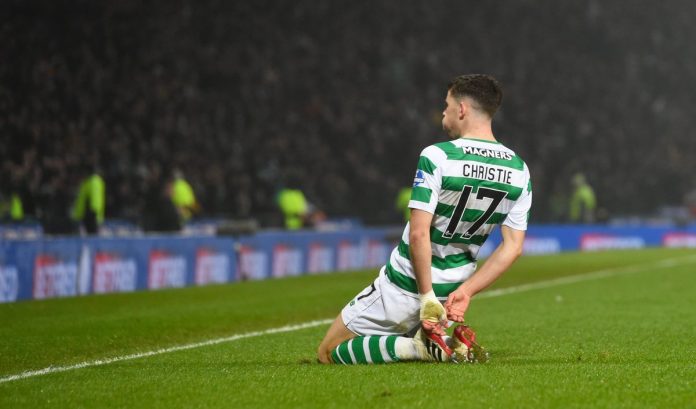 Celtic scraped a late 1-0 win over Kilmarnock in the Scottish Championship yesterday.

Scott Brown’s injury time goal gave Brendan Rodgers’ side the much needed win. Celtic needed the three points after the disappointment against Valencia during the midweek.

Kilmarnock did well over the course of the game and they could have had a point on another day.

However, Rodgers might not be too happy with the performances of his players regardless of the result.

The likes of Ryan Christie struggled throughout and Celtic looked dull going forward. Christie had an outing to forget against Kilmarnock.

His set pieces were abysmal and the fans seem disappointed with his wastefulness as well.

It will be interesting to see if Christie can bounce back from this and regain his confidence. He has been in this situation before but he managed to prove his worth in the past.

Celtic fans took to Twitter to share their thoughts on Ryan Christie’s performance yesterday and here are some of the reactions from earlier.

Ryan Christie was on that pitch for 88 minutes ??‍♀️ fucking shite

Ryan Christie a man down again. Been wonderful up until Valencia. ?

Has Ryan Christie been left in Dubai? I’ve not seen him for weeks.#KILCEL

Is Ryan Christie on the park. Headless chicken