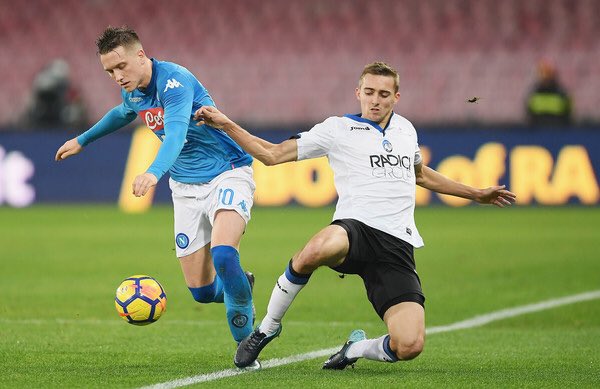 Celtic have been linked with a move for the Belgian defender Timothy Castagne.

The highly talented full back has been identified as a long term replacement for Lustig and the Hoops are plotting a £6 million move for the 23-year-old.

Castagne has already earned a few national team call ups and he is tipped to have a big future in the game.

Brendan Rodgers’ side are in need of defensive reinforcements and Castagne would be a solid signing for them.

Celtic are in very good offensive form right now and signing a good defender could make all the difference to their season. It could take them to the next level.

It will be interesting to see if they call pull off the move. The fee should not be an issue for the Scottish giants. Celtic are yet to spend the Dembele money.

Celtic fans have taken to Twitter to share their thoughts on the young Belgian and here are some of the reactions from earlier.

Would be great to have another Tim in the team he was named for the jersey ☘️☘️☘️??????

We’re actually trying to sign a right back? pic.twitter.com/0GMbfogOBy

Just been reading a Celtic fan slate Celtic for supposedly going for Timothy Castagne at £6M apparenly he is shit and not worth that fee… not good enough for Celtic as rarely played as a RB and mostly played as a LM or RM for Atlanta. Well I would persoanlly say someone who

If Celtic sign Timothy Weah, Vincent Janssen and Timothy Castagne in January I can honestly see us winning the World Cup next year ??

Yes would be a good addition if we also get the Belgium right back Timothy Castagne from Atalanta for 6million and loan deal for Tim Weah from PSG keep Benkovic and Boyata then happy days.