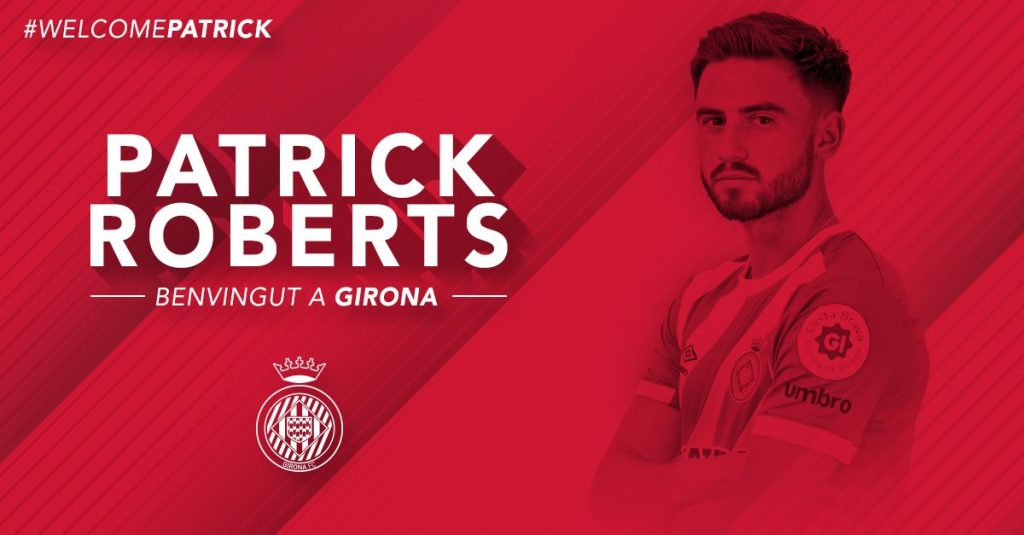 Manchester City winger Patrick Roberts has joined La Liga side Girona on loan for the next season.

The highly-rated midfielder was heavily linked with a return to Celtic but the Scottish giants failed to secure his services. Earlier this summer, the player refused to rule out a return as well.

Roberts has had loan spells at Celtic before and he managed to establish himself as a fan favourite at the club. Celtic fans seem very disappointed to have missed out on him.

The winger needs to play regular first-team football in order to develop and that is not possible at Manchester City. It will be interesting to see how he does in Spain now.

If Roberts manages to impress in La Liga, he might just be able to force his way into Pep’s plans just like Foden.

As for Celtic, the Scottish outfit are crying out for someone like him. Brendan Rodgers’ men are lacking his sharpness in attack and he would have been a sensational addition for them.

Roberts tweeted out a message after completing his move to Girona and here is how the Celtic fans reacted.

Why you go remove KT from your header – that’s worse heartbreak than you leaving ??! Good luck though ???