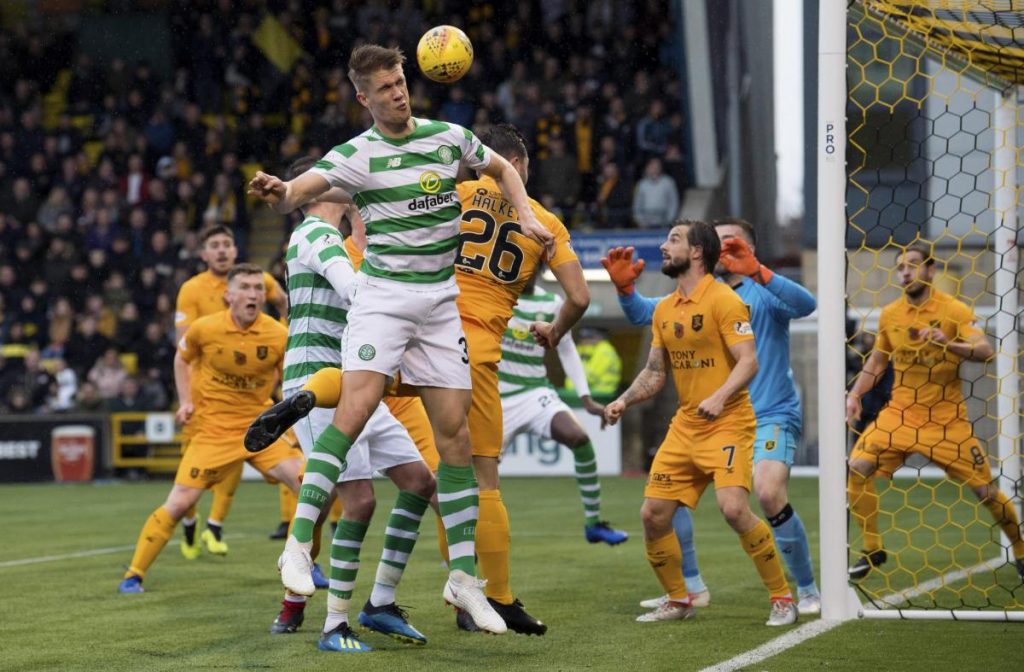 Celtic booked their place in the semifinals of the Scottish Cup after a 2-0 win against Hibernian.

It will be interesting to see if Celtic can go all the way. They are in the driving seat as far as the title race is concerned and it is shaping up to be quite a climax for the Hoops.

While there were many impressive performances from the Celtic players today. Some of the players did manage to disappoint.

Defender Kristoffer Ajer was far from his best against Hibs today.

The talented Celtic player ventured forward from his position quite a few times and he didn’t seem too comfortable all game. He will need to improve going forward if he wants to start regularly.

Celtic fans have taken to Twitter to share their thoughts on Kristoffer Ajer’s performance against Hibs earlier today.

You dont need to slide all the time.

Ajer is gonna end up in midfield one of these days. #feedthebear

Spot on. Brown and Biton in midfield is like playing 6 at the back. Forest not interested. Luistig and Ajer in the same backline is an accident waiting to happen. Burke or Eduaord will need to step up and win it for us today. Burke looks up for it.

Ajer no much better

Unpopular opinion but ajer is a donkey

Ajer is bang average CH. gets away with criticism due to age.

im nowhere near his biggest fan but he has done well, boyata too. Ajer on the other hand…