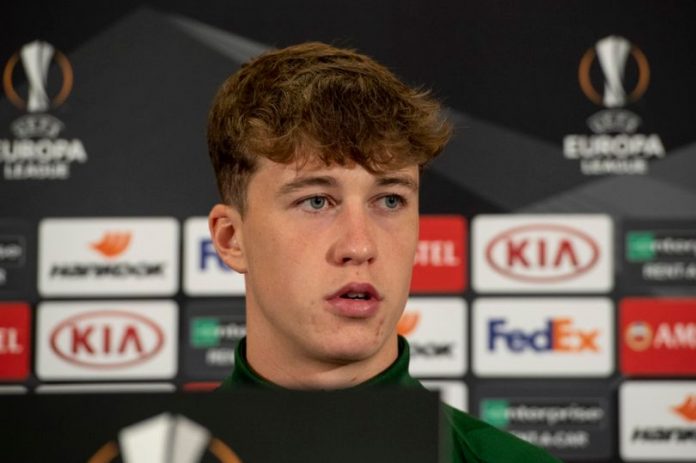 Celtic crashed to a 3-1 defeat against Salzburg in the Europa League last night.

The Scottish champions did well to get ahead early on in the game but they could not hold on to that advantage eventually.

Odsonne Edouard had given his side the lead on the second minute but Salzburg put on an imperious display to come back into the game and win.

A brace from Dabbur and a goal from Minamino secured the three points for the home side.

The hosts managed to open up the away defence with ease after James Forrest’s 72nd minute red card. The score was 1-1 before his dismissal.

Rodgers will be very disappointed with the performance and the lack of discipline from his players.

One player who failed to impress the fans was Jack Hendry.

The 23-year-old was all over the place in defence and the fans took to Twitter to share their thoughts on his performance.

Hendry has been severely criticised by the fans for his performances recently and it will be interesting to see if Rodgers takes him out of the firing line for a while now.

Now get to watch Jack Hendry’s constant battle to clear his own passbacks. Brutal man.

Hate to sound like it’s always Jack Hendry’s fault…but it is ? Stevie Wonder could see the only thing that boy was gonna do was cut it back to the free man 6 yards out ??‍♂️

That jack Hendry is horrendous man

Jack Hendry was never, and will never be good enough to play for Celtic. Send him back to Dundee because that’s his level.

Jack Hendry has been all over place. I’ve saw folk saying he’s been solid. Wow