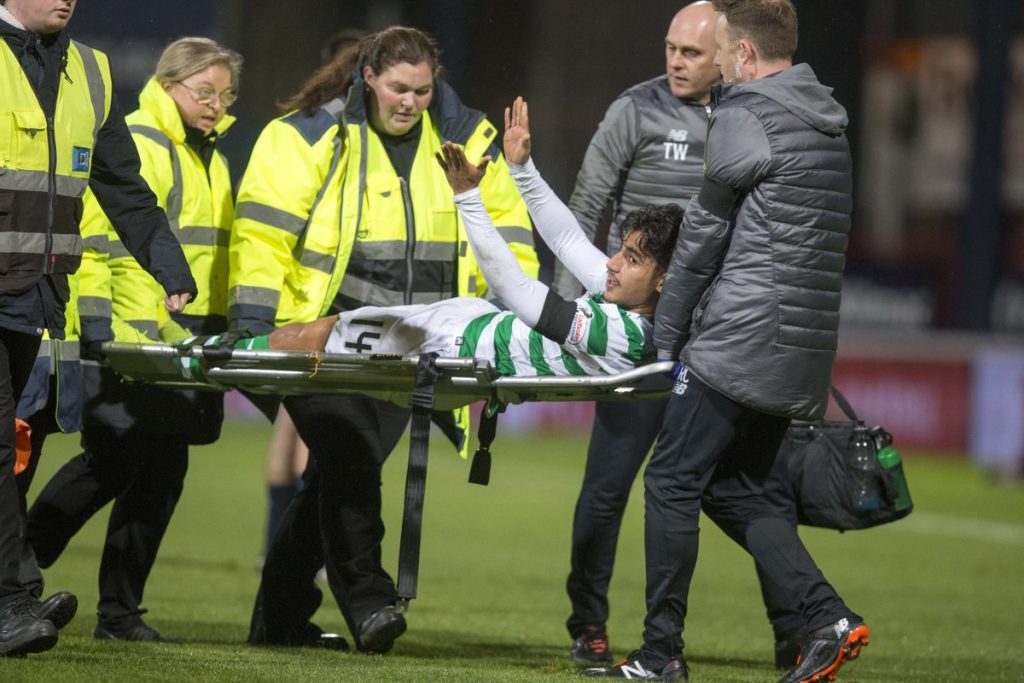 The Scottish champions won 5-0 away from home but the young winger’s night ended in disappointment after he picked up the injury on the 78th minute.

Initial reports suggested that the winger could be ruled out for around nine months with knee ligament damage but the latest reports suggest that the injury might not be as bad.

It will be interesting to see if the player returns to the pitch this season. Arzani has struggled to get a game at Celtic this season but he was really impressive last night.

Rodgers gave the player his debut against Dundee and Arzani grabbed the opportunity with both hands. The player will be devastated with the timing and the length of the injury lay-off.

Celtic fans reacted to the young winger’s injury on Twitter last night and here are some of the best reactions.

According to sources – aka people at the ground tweeting that I found by searching his name – Daniel Arzani was up and walking about after being stretchered off. Hopefully that bodes well.

Huge blow for @Socceroos – I understand early diagnosis is that winger Daniel Arzani has torn his ACL, will be out for most of next year. Story online shortly

If Arzani’s done his ACL I’ll throw up.

If Arzani really has torn his ACL that is a fucking tragedy. It will make or break him. Either he has the mental fortitude to come back stronger and better, or that’s the end of it and he’ll be another ‘almost’ player. Fuckin’ hell. Devastated.

Seekner for arzani min. Hope it’s no too serious.