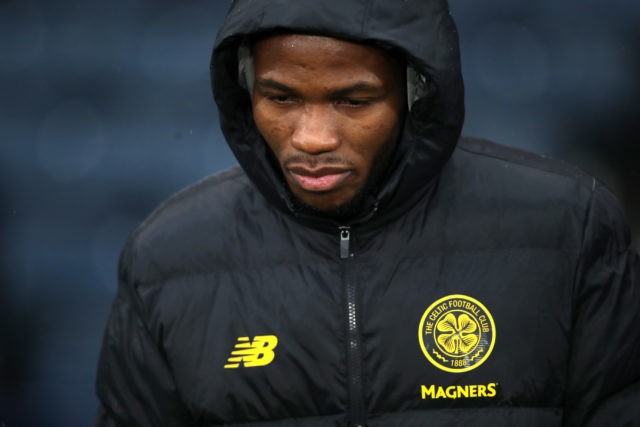 Celtic fans have taken to social networking site Twitter to express their reaction after reports emerged that French outfit Amiens SC have made a loan bid for Boli Bolingoli.

The 25-year-old joined Celtic from Rapid Vienna last summer, and made 28 appearances for the club in all competitions.

The left-sided midfielder, who can also play as a left-back, looks to be heading out of Celtic Park this summer.

According to reports from Sky Sports, French club Amiens SC have made a loan bid for the Belgian. The Ligue 2 side’s loan offer includes an option to buy at the end of the season, for a fee of £2.3m.

Bolingoli left manager Neil Lennon furious after traveling to Spain last week, where he didn’t inform the club about his whereabouts, and in the process broke the quarantine rules.

Many Celtic fans have taken to Twitter to express their reaction to the reports. Many feel that he should be sold, and that the Bhoys are fortunate that they would be getting some fee for him. Here are some of the selected tweets:

I cant believe it, they could have had him for nothing as I was betting the club would have terminated his contract ….

What I hate about this is that for the player, he's kind of getting away with it. He's going to a club, getting a good wage, living in a country where he doesn't have to face up to his actions.

Get him in a taxi sharpish.

Can I donate towards the fee?

Celtic, meanwhile, are looking at other options to replace Bolingoli. The Hoops have identified Leeds United’s left-back Barry Douglas as a potential target.