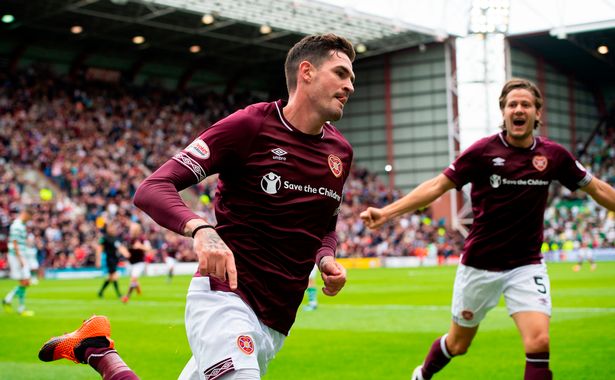 Celtic crashed to a 1-0 defeat against Hearts earlier today.

The Scottish champions were expected to win the game but Rodgers’ second-string side failed to live up to the expectations.

Celtic decided to rest some of their key players ahead of Tuesday’s Champions League tie against AEK Athens in Greece and it has cost them the three points this weekend.

Hearts star Kyle Lafferty scored a stunning winner to secure the three points for his side.

The result will add to the frustration surrounding Celtic at the moment. The fans are unhappy with the club’s business this summer and the defeat will only strengthen their belief that the team is in need of new additions.

Celtic missed out on the signing of John McGinn earlier this week and the arrival of Izaguirre has not gone down too well with the fans.

The fans are now urging the board to spend on new signings and help the team compete for the top honours.

It will be interesting to see whether the Scottish champions can get some business done this month.

Here is how the Celtic fans reacted on Twitter.

How many times are the board going to leave our defensive frailties remain unaddressed?

If that’s not a wake up call to this board then nothing ever will be. absolutely honkin today. a shadow of the team Rodgers has built and even further away from where we should be. #Celtic

#celtic are in dire need of wingers. Our only in form winger – Forrest – simply doesn’t get enough assists.

Well @CelticFC thanks for making this another shite day. Make a fucking bunch a signings and stop doing the bare minimum. You are not exactly giving us any hope at all for Tuesday. 2nd best all day by a country mile.

Hate to say it but Hearts deserved the win. Looks like a long season if Celtic dont some better players in soon. No excuses.

Celtic board better get the wallet out now!!!!