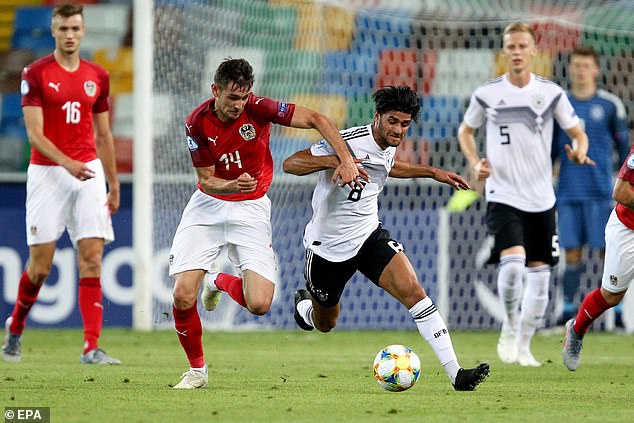 Celtic are interested in signing the highly-rated winger Husein Balic this summer.

According to Daily Mail, the 23-year-old is valued at around £700,000 and Neil Lennon wants to sign him.

Balic has impressed during the U21 Euros this summer and it seems that his performances have caught Lennon’s eye.

It will be interesting to see if Celtic submit an offer for the player in the coming weeks. They could certainly use some attacking depth and Balic would be a good addition.

Furthermore, he has one year left on his current deal and therefore he is likely to come for cheap. The transfer could prove to be a bargain for Celtic.

Celtic have already signed the likes of Boli Mbombo and Christopher Jullien this summer. They are now looking to add to their attacking unit as well.

Balic will add flair and pace to Celtic attack and he could develop into a key player for them in future.

The Austrian is still very young and he is likely to improve with regular first-team football. Perhaps his arrival will allow Celtic to phase out the likes of Sinclair next season.