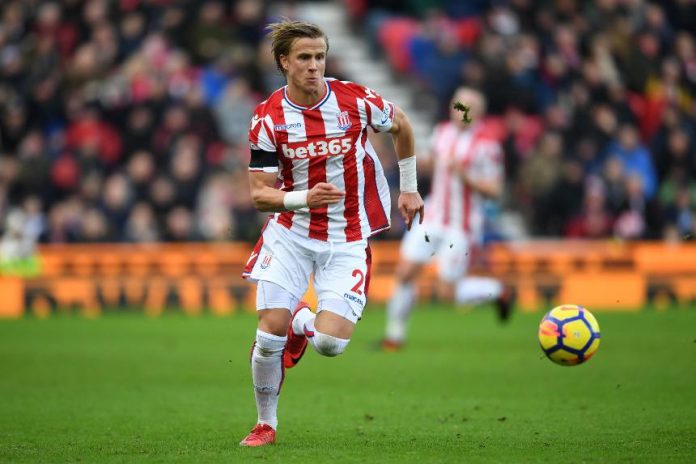 According to reports from the Daily Mail, Celtic boss Brendan Rodgers remains in the market for a full-back, centre-back and midfielder before Friday’s deadline.

The Bhoys have made an approach to sign Stoke City defender Moritz Bauer. The Hoops have set their sight on the Austria international who has made five appearances for his country.

The report claims that Celtic have lodged an enquiry for full-back Bauer. At the same time, they retain an interest in Filip Benkovic and Douglas Luiz, although reports from Turkey claim that the Manchester City player could be heading to Fenerbahce on loan.

Celtic need defensive reinforcement and Bauer would be a smart signing. Mikael Lustig has been a regular player at right-back, but his performances over the last 12 months have been pretty mediocre.

He has been poor this season as well earning criticism from the Celtic fans.

The 26-year-old made a smart impression for Stoke in the second half of last season after joining from Russian side Rubin Kazan. He is approaching the peak of his career and would be a very good addition for the Bhoys.

The right-back has a contract at the club till 2023, and Celtic may have to submit a big money offer to lure him away from Stoke.