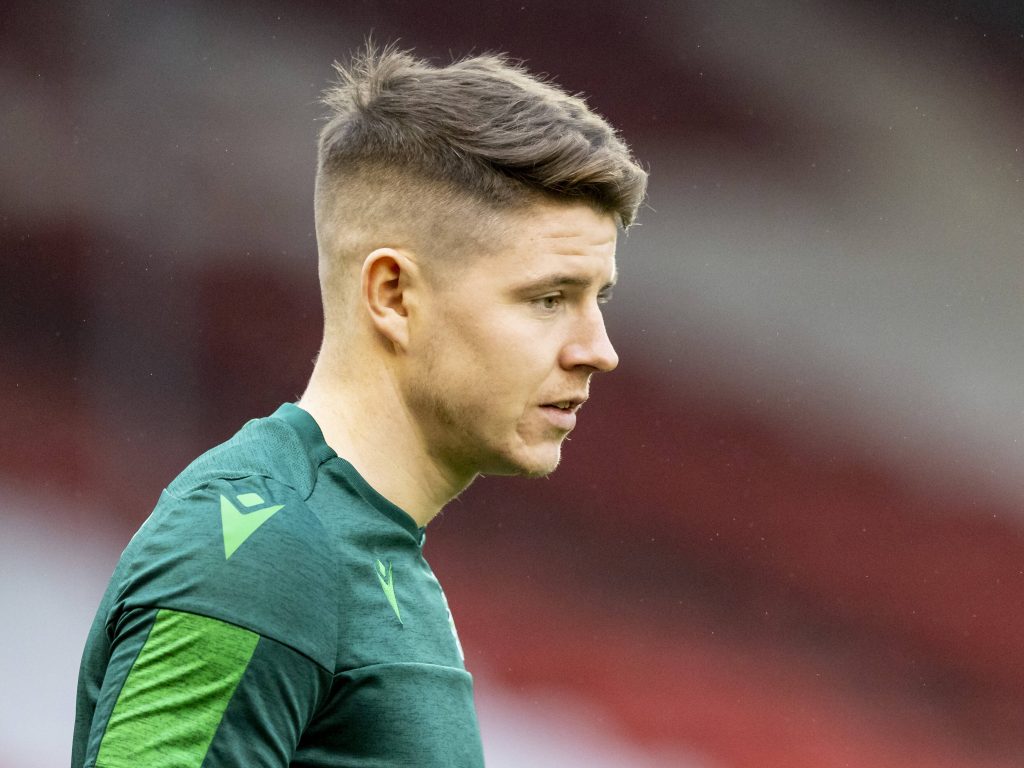 Celtic have set their sight on bolstering their forward department, and the Bhoys are keen to sign Scotland striker Kevin Nisbet.

According to reports from the Daily Mail, Celtic have started working on establishing how much it would cost to lure Nisbet from Easter Road.

The Edinburgh outfit are reportedly holding out for more than £4 million for the striker, who came on as a late substitute in all three of Scotland’s Euro 2020 games against the Czech Republic, England and Croatia.

The 24-year-old will return to pre-season training this week. Celtic are not the only club vying for his signature.

Birmingham City had a package worth £3.2m rejected in January, while a host of Championship clubs – Swansea City, Brentford, Nottingham Forest – are his admirers.

Nisbet scored 18 goals in all competitions last season. Only Celtic striker Odsonne Edouard scored more goals in the SPL in 2020/21.

It has been reported that Hibs are not actively interested in selling him at the moment, but they are prepared to speak to potential suitors.

This is a massive transfer window for the Bhoys after a disappointing campaign last term.

Celtic could lose their star striker Edouard this summer, but the Bhoys haven’t received any good offers for the Frenchman.

The club confirmed yesterday that Leigh Griffiths will stay at the club beyond the summer after agreeing to a one-year contract extension.

Sheffield Wednesday defender Osaze Urhoghide was Ange Postecoglou’s first signing after he penned a four-year deal at the club.

The Hoops are looking to secure more new arrivals before their Champions League qualification tie against Midtjylland.