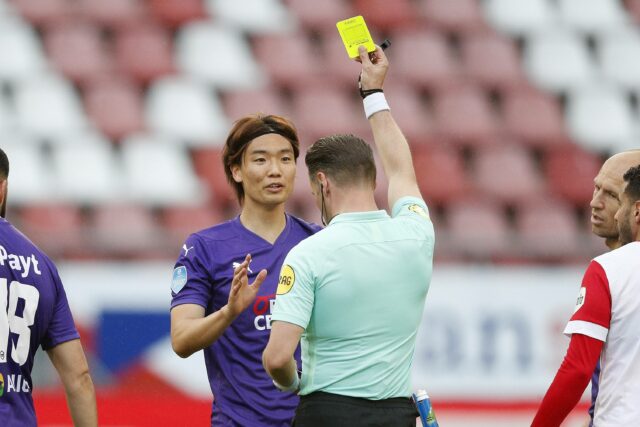 According to the Daily Record, the Bhoys manager Ange Postecoglou is considering a move for the versatile Manchester City centre-back.

The report claims that Itakura is high on a list of options for the Hoops. He joined City in 2019 and has had a successful loan spell at Dutch side Groningen over the last 18 months.

Celtic are looking to bolster their defence this summer, and Postecoglou is currently working on bringing the 24-year-old to Parkhead this summer.

Itakura, who has five Japanese caps, can also play as a holding midfielder.

The summer transfer window is absolutely vital for Celtic as they embark on a massive rebuilding project.

Postecoglou is already closing in on a deal for Hajduk Split defender Mario Vuskovic, but he is still looking to bolster his defensive and midfield options.

However, the Japanese won’t feature against Midtjylland in the Champions League qualification game, should he secure a move.

The defender has been selected by Japan for this summer’s Olympics, and if they do well and progress further in the tournament, he will not be available for his club.

Erik Sviatchenko and Ecuadorian international Piero Hincapie are also being considering by Celtic.

The Bhoys are also looking to sign a goalkeeper, with Brighton & Hove Albion stopper Mat Ryan remains an option.

Sheffield United’s George Baldock is also being targeted for the right-back role.