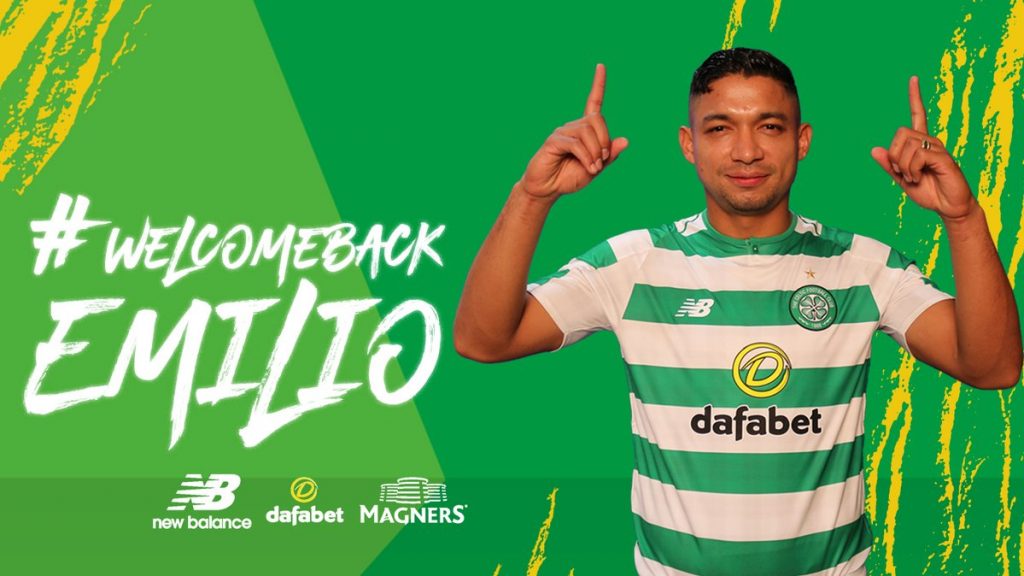 Celtic have completed the signing of left-back Emilio Izaguirre today.

The Honduran defender has signed a one-year deal with the Scottish champions and the move will be completed once he receives international clearance.

? Exclusive: Emilio Izaguirre on signing a one-year deal with #CelticFC

?️ “We were crying when we left here. We were sad for one year but now I have the opportunity to come back and I’m so happy. This is my second home.”

This will be Izaguirre’s second spell with Celtic. The left-back has played 252 times for the Hoops previously. He joined them from Motagua in 2010 and stayed at the club until the end of the 2016/17 season.

The 32-year-old joined Saudi Arabian side Al-Fayha on a two-year deal but he chose to terminate his contract at the end of last season.

Izaguirre helped Celtic win ten major honours during his first stint at the club and he will be hoping for more silverware this season.

Brendan Rodgers was keen on adding some depth to his defence and he will be delighted to have secured the experienced full back’s services.

Izaguirre knows the league and the club well and he should be able to settle in with ease. The Honduran will be a back up to the Celtic star Kieran Tierney.

Here is how the Celtic fans reacted to the transfer.

What a progressive, forward thinking move this is. Will surely propel us forward in Europe, well done ?

Celtic loves you more than you will know ?

Izzy = Thorough professional, and he luvs Celtic, to boot ?????

He is a Celtic man through and through. Hope he is well and does the job he is required to do.

Emilio loves Celtic more than we will ever know! ?