Celtic and Rangers would thrive in the Premier League, says Ferguson 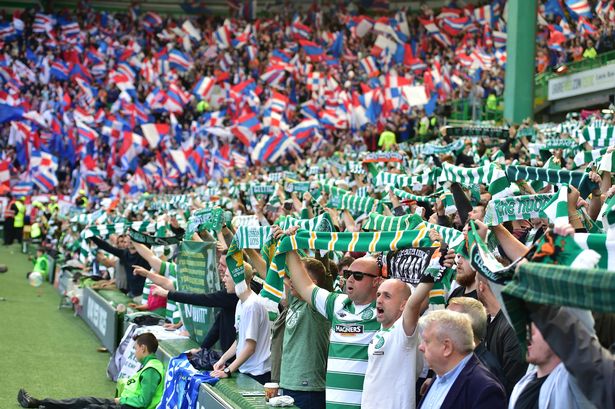 Whether Scottish giants Celtic and Rangers would be successful in the English Premier League is a topic that has been debated since the beginning of time.

The two clubs have dominated Scottish football since the inception of league football in the country. Rangers have won the league on 54 occasions while the Hoops have 48 league titles to their name. That comes down to 102 Scottish top flight titles between the two clubs alone.

Fans often wonder how they would perform against better opposition in the Premier League. Ibrox legend Barry Ferguson has the opinion that it may take a few years at first, but the financial incentives that English football has to offer, would ultimately make Rangers and Celtic two of the best clubs around.

“On the other hand, Rangers I’m not too sure. With their new squad, I haven’t seen enough of them and it’s still early doors for a lot of these players so it’s hard to say.

“I think the two clubs would eventually be a force three or four years after they did get down to the Premier League, as the finances would then start to come into the clubs.

“You just need to look at the two stadiums and the fan base. If the two teams went a spent a bit of time down in England, I’m sure they would become a force in time.”

Ferguson believes that the money brought in through television rights and sponsorship deals would also give the Old Firm a healthy shot at winning the UEFA Champions League.

“As the Champions League is set up at the moment, a Scottish club has absolutely no chance of winning. Again, it comes down to finances.

“The difference in TV money up here to down South, and even the Scandinavian countries bring in more revenue than the Scottish clubs do. In one word, Scottish clubs have no chance.

“The last 16 is certainly achievable, but unless Rangers or Celtic move down to the Premier League, that’s where the big money is, but I can’t see that ever happening. I don’t think that English clubs would want Rangers or Celtic coming down.”

Celtic and Rangers face each other in the Scottish Premier League this weekend at Ibrox.