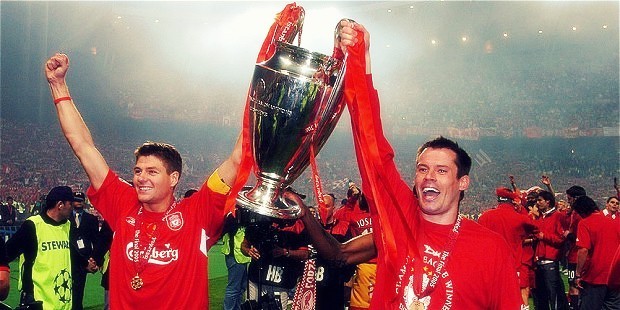 As news emerged last night that Steven Gerrard would miss Liverpool’s two remaining Premier League games this season with a shoulder injury, the realisation struck that Gerrard and Jamie Carragher had shared the pitch together for the final time in their illustrious careers.

Sunday’s Merseyside derby was one of the most forgettable for many years in terms of quality, but it will now always signal the day an era ended at Anfield.

Carragher has confirmed that he will retire as a player at the end of the current campaign, joining Sky Sports as a pundit alongside Gary Neville, Jamie Redknapp and Graeme Souness, among others. His pure love for the game and opinionated views will ensure great entertainment on the telly next season.

His final game will be at Anfield against QPR on May 19th, in what is sure to be an emotional occasion for all involved. The 35-year-old has been an absolute colossus for Liverpool over the years, turning himself from an average squad player to one of Europe’s best defenders at his peak.

His desire to win for the good of the team is almost incomparable to any other Liverpool player ever, including Gerrard. Who will ever forget Istanbul in 2005? His performance that night against an AC Milan side containing ten world-class players has gone down in legend, and the image of him virtually unable to stand on the podium as Gerrard lifted the trophy epitomised him as a player.

A broken leg in 2003 against Blackburn Rovers put his Liverpool future under serious scrutiny, but he returned from injury twice the player he had even been. Carragher has gone on to play 735 games for Liverpool, which is second only to Ian Callaghan. 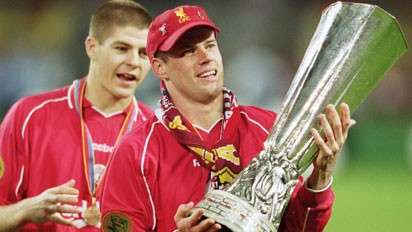 In terms of influence at Liverpool, Jamie Carragher is second only to his good friend and captain over the last ten or 15 years. For all the brilliance of players like Sami Hyypia, Xabi Alonso, Fernando Torres and Michael Owen, none of them quite had the effect Carragher has had over the last decade or so.

He guarantees you at least a seven out of ten performance week in week out, and has been one of those defenders that you would count on when it really mattered.

Replacing him is certainly going to be one of Brendan Rodgers’ toughest jobs in the summer, and it will take a special player to make the Liverpool supporters forget about Carragher’s huge influence, not just on the pitch but off it too.

Steven Gerrard, meanwhile, has a few years left in the tank yet, and this season has been his best since his sensational 2008/09 campaign. Although he turns 33 later this month, his quality and effect on the side are still almost as great as ever.

He may have just lost that marauding style slightly in recent years, and match-defining moments are less frequent these days, but these things have been replaced by a maturity and discipline that many critics thought he didn’t have in his armoury.

He plays a far deeper role now alongside Lucas Leiva, and where he once used to receive the ball from Alonso in threatening areas, he is playing the role the brilliant Spaniard once did. People like to criticise his so-called ‘Hollywood’ passes but the fact is, there is still nobody better at long-range passing in the Premier League. His short passes aren’t exactly shabby either.

The England captaincy seems to have had a very positive effect on the 32-year-old, and why he wasn’t selected as skipper ahead of John Terry back in 2006 is still a mystery. Terry is a brilliant leader, but his controversial character meant it was always going to end in tears for the national side. 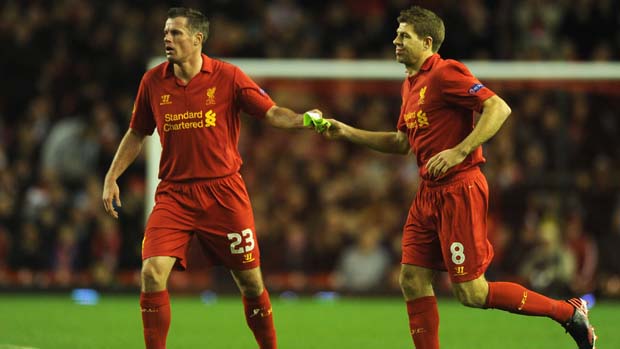 Barring a scuffle in a bar back in 2008, Gerrard has been a model professional who is respected more than any English player of his generation. His slightly surly demeanour can sometimes be misconstrued, much like Gary Neville in his playing days. There is a deep desire to win in Gerrard, and he’s not one to suffer fools gladly on the pitch, but away from the game he is a likeable, family-oriented man.

When Steven Gerrard does finally hang up his boots – probably in two or three years – he will be remembered by many as the finest player in Liverpool’s history, and his old mate Jamie Carragher will not be far behind. It’s just a mighty shame the two Scousers have reached their end of an on-pitch relationship that goes back almost 20 years.

They have been an absolute credit to Liverpool Football Club.