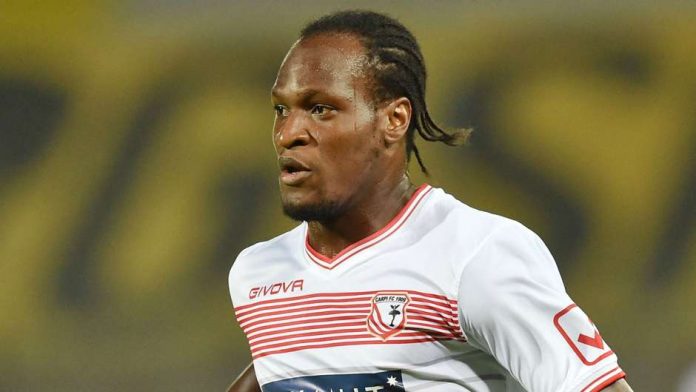 He added that the 25-year-old striker deserves a chance to play in England. Leeds have been heavily linked with a move for the Serie B striker since January.

“He is ready to have an adventure in England. He deserves a chance on an important stage – the second tier in England is not the Italian Serie B.”

There have been reports that a deal had been done to bring him to the Championship, but the Whites are yet to commit on doing so.

He has recently secured Italian citizenship, and he is eligible to move to England without the need for a work permit.

Leeds started negotiation with Carpi in January and have agreed to an option to sign him for a fee in excess of £3 million, but according to reports from the Yorkshire Evening Post, the Whites are yet to formally activate it.

The Nigerian has managed just six goals in 25 league appearances, but Leeds are still tempted to take a chance on the player.