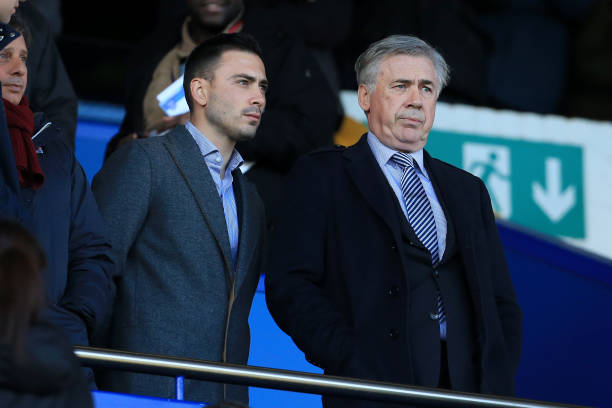 They are now five points off the top-four spots (with one more game played), and will fancy their chances of finishing in top-seven and playing in Europe next term.

The Italian has definitely improved the team’s fortune on the pitch, and a lot of Everton players have been excellent.

Despite Ancelotti’s brilliance, he definitely doesn’t get things right all the time, and he has revealed that his son Davide doesn’t hesitate to tell him when he makes mistakes – something other members of his backroom staff can’t easily do.

“Nice working with a 30-year-old. Davide is a coach with a UEFA A license. In Italy, he wouldn’t have the minimum age, who knows why,” the Everton boss told Milan-based newspaper Corriere della Sera (via Calciomercato.com).

“The relationship between us is professional, but certainly my son tells me things that no one else tells me, even about the bad things I do.”

Davide arrived alongside his father at Goodison Park in December, and is currently Ancelotti’s assistant alongside Duncan Ferguson.

The 30-year-old was Paris Saint-Germain’s fitness coach when his dad was the manager at the French club.

He also held the role at Real Madrid before stepping up to be an assistant to his dad at Bayern Munich and at Napoli.