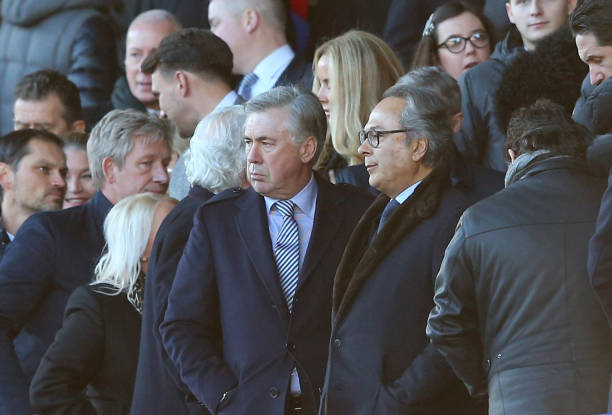 Everton have appointed Carlo Ancelotti as their new manager and permanent successor to Marco Silva.

The Toffees had put Duncan Ferguson in charge after the Portuguese was fired, and he led them to three draws and a victory across all competitions.

Ancelotti was present at Goodison Park when Everton drew Arsenal yesterday, and will be in charge when Burnley visit on Boxing Day as he takes up his new role from today.

The former Napoli, Bayern Munich, Paris Saint-Germain, Real Madrid, Chelsea and AC Milan manager is more than keen to have joined the Merseyside outfit, reacting thus to his appointment on Twitter:

Excited to share the news that I am joining Everton FC. I am delighted to be back in the Premier League and to be part of this historic club. Thank you for your trust in me. #WelcomeMrAncelotti #EFC #COYB pic.twitter.com/13yhM5iHnK

Ancelotti signed a four-and-a-half-year deal that runs until 2023-24, and it will be interesting to see if he can take Everton to the next level.

With 20 trophies – including league titles in four different countries and three Champions League titles – to his name, the 60-year-old boasts of a massive c.v, and landing him is definitely a big coup for the Toffees.

The Everton job presents Ancelotti with a new type of challenge given their present status, and all eyes will be on him and the club going forward.