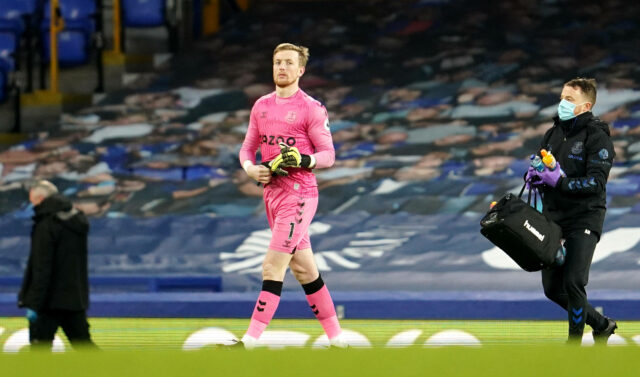 Everton will face Crystal Palace in the Premier League clash on Monday, and Carlo Ancelotti is hopeful that his side can still achieve their target of securing a European place this season.

Ahead of the match, Ancelotti has confirmed that James Rodriguez is in good condition after training well this week.

The Colombian hasn’t featured for the Toffees since their 2-0 win against Liverpool in the Merseyside derby at Anfield. However, he is now available for selection.

The Toffees are also set to welcome Jean-Philippe Gbamin, who has now recovered fully from the nightmare injury that kept him for more than a year. The 25-year-old has made only two appearances for the club since joining in 2019 from Mainz.

However, Everton goalkeeper Jordan Pickford is still out injured. The England goalkeeper missed the latest round of World Cup qualifying matches, and he is expected to be out for a while.

Godfrey & Davies retuned with knocks but are expected to be available. Olsen also set to return.

But Pickford, Delph & Bernard still out

Fabian Delph and Bernard are also sidelined through injuries. Ancelotti has confirmed that Abdoulaye Doucoure is progressing well, but he is nowhere ready to return to training at the moment.

Everton have lost three matches in a row before the international break, including Premier League defeats against Chelsea and Burnley. They also lost 2-0 against Manchester City in the FA Cup.

In other news, Juventus will try their best to sign Moise Kean from Everton this summer.