Ah, the Wales derby. When Cardiff City was promoted to Premier League this season, ardent football lovers and neutrals have waited for this game with bated breath as the fixture adds a different value to football romanticism and to the Premier League as well. 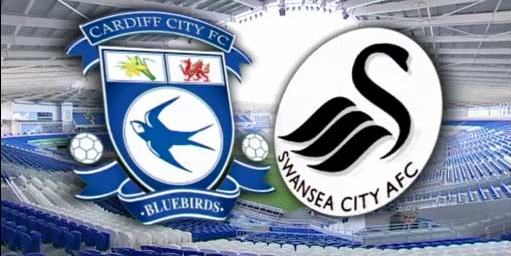 This is indeed a historic occasion and for the first time in the Premier League the Red-Birds and Swans will face each other. Last time they met, Cardiff clinched the tie in 2011, where former Liverpool star Craig Bellamy scored a wonderful goal at the Liberty Stadium.

Cardiff desperately need some points on their table. We all know about the off-pitch turmoil that had grabbed the headlines in the last few months. Sitting 16th in the table, with 9 points on board, this is time, they must accumulate few points, lest could join fellow newcomer Crystal Palace in the relegation dog-fight.

Just 1 win from last 8 games in all competitions, the situation is not healthy for Cardiff and it could go worse in the coming few weeks, when they’ll face heavy weights like Manchester United and Arsenal.

Swansea on the other hand are over burdened with their extra commitments at the moment which could have an adverse effect on the team. Already, Michael Laudrup’s side have played 18 games this season, but have an identical record to last year (W3, D2, L4) and have only lost against top and in-form teams – Manchester United, Spurs, Arsenal and Southampton.

Cardiff will welcome back Craig Bellamy to the starting line-up and the former Manchester City player could captain the side against Swansea.

Swansea winger Pablo Hernandez picked up a thigh problem against West Ham and would miss the tie but former Liverpool youngster Jonjo Shelvey is available after a hamstring injury.

Prediction: 1-1. Swans are at 12/5 with Ladbrokes to draw with rivals Cardiff on Sunday.