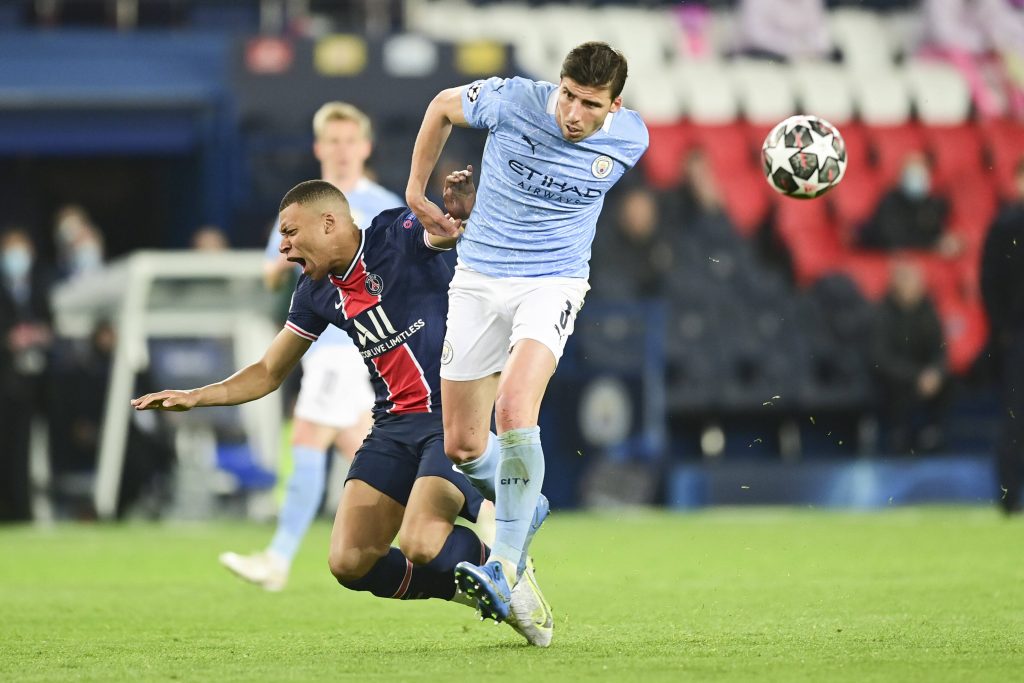 Throughout the bulk of the 2010s, English clubs notoriously struggled in the Champions League.

Chelsea won the competition in 2012, but it would be another six years before another Premier League club reached the final.

The self-proclaimed ‘best league in the world’ wasn’t looking so hot, but that changed in the 2018/19 season when we got only our second all-English final.

Liverpool pulled off a stunning comeback against Barcelona at Anfield, while Tottenham Hotspur had a memorable night of their own in Amsterdam, progressing on away goals after Lucas Moura’s second-half hat-trick.

Two years on, and another all-English final could be on the cards. Manchester City defeated Paris Saint-Germain in the away leg of their semi-final, while Chelsea welcome Real Madrid to Stamford Bridge after a 1-1 draw at the Estadio Alfredo Di Stefano.

Man City were far from their brilliant best at Les Parc des Princes. For the first hour, they were on the back foot and showed little threat.

However, Kevin De Bruyne’s fortunate equaliser completely swung the balance of the game, and they began to dominate. They found the winner again in somewhat lucky circumstances, with Riyad Mahrez’s free-kick sneaking through a hole in the wall.

PSG travel to the Etihad Stadium knowing that they must score at least two goals to stand a chance of progressing.

Thankfully, Les Parisiens know all about scoring goals. They have found the net 79 times in Ligue 1 – a figure beaten only by Bayern Munich and Barcelona in Europe’s top five leagues.

Kylian Mbappe has scored 37 goals in all competitions, while Neymar, Angel Di Maria, Mauro Icardi and Moise Kean also provide a goal threat. With those forwards on form, they can hurt anyone.

However, they haven’t always been so potent. In the second leg of their quarter-final tie with Bayern Munich, they failed to score despite racking up an expected goals tally of 1.5 (via FBref). Given their attacking talent, this is unusually wasteful.

When they travel to Manchester, they will have to fix this because they aren’t going to let them in easily. Only Atletico Madrid and Lille have conceded fewer league goals than Man City in the top five leagues this term.

Not to mention, they will have to keep Pep Guardiola’s men out. Having lost first-choice defensive midfielder Idrissa Gana Gueye following his red card in the first leg, this could be a tough task.

But we know from the opening hour of the first leg that PSG can control the game against Man City. If they can keep this up for the full 90 in the second leg, they may stand a chance.

With both teams aiming to become first-time Champions League winners, there is added incentive to a game guaranteed to entertain.

This tie is fairly well balanced, with the two sides playing out a 1-1 draw in Madrid. As it stands, Chelsea hold a slight advantage, knowing that a 0-0 draw will see them through to the final.

This could be the major problem for Zinedine Zidane’s men. They boast one of the tightest defences in Europe, but they are not as strong going forward, failing to score in three of their last six outings.

Perhaps the last thing they needed was to face up against a side who are equally as good at the back. Since the appointment of Thomas Tuchel, the Blues have kept 17 clean sheets from 23 games.

Los Blancos’ top scorer is Karim Benzema with 27 in all competitions. The next on that list is defensive midfielder Casemiro, who has hit seven. The over-reliance on Benzema for goals will be a serious concern.

Tuchel will know that nullifying the Frenchman will be key to reaching the final. If the 33-year-old doesn’t score, it’s unlikely that anyone else will.

Thankfully for Real Madrid, stopping Benzema is far easier said than done. He proved in the first leg that just one chance is all it may take for him to get on the scoresheet.

Nonetheless, if they hope to reach their fifth Champions League final in eight years, they will need someone else to step up. Benzema’s a great player, but he can’t do it all on his own.