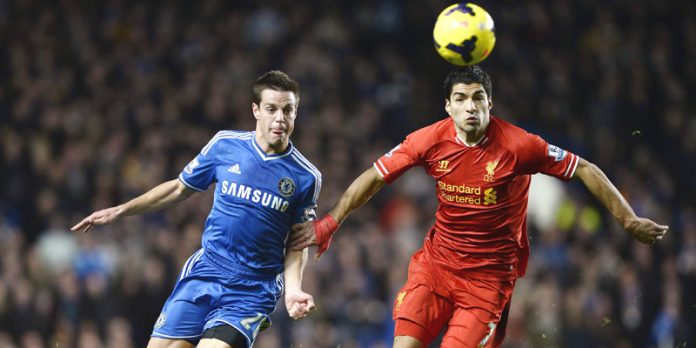 With only a handful of games left to play, this season’s Premier League title race looks set to go to the wire, with Liverpool, Chelsea and Manchester City all still in the running to be crowned kings of England.

But it is Liverpool who hold the advantage, with their 3-2 win over City on the weekend putting them two points clear of Jose Mourinho’s Chelsea at the top. While City are by no means out of it, Chelsea’s trip to Anfield on the 27th April has been earmarked as the title decider.

But can the Blues oust their stunning title rivals in their own back yard? Does the remaining fixture list benefit the Blues?

Looking at the above fixtures, it seems Chelsea may yet get the jump on their rivals. With Sunderland up next for the Blues at Stamford Bridge, we can realistically see Chelsea gaining all three points; but Liverpool’s record against Norwich is unreal, and you’d be mad to bet against them getting a win over the Canaries, home or away.

Poor Norwich are then up against Chelsea in West London after the crunch game at Anfield, with Liverpool facing a decidedly tricky test away to Crystal Palace. 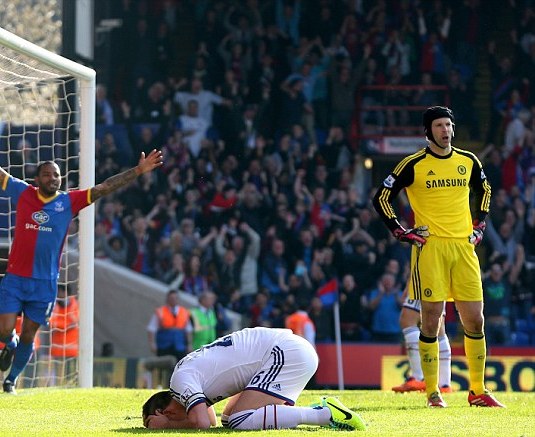 Tony Pulis’ side have lost only once in their last five Premier League matches, with Chelsea among their recent scalps, and have conceded just the one goal.

Astonishingly, only Chelsea, City, Everton and Man Utd can boast a better defensive record than the Eagles this season, and while Liverpool are as free-scoring as they come, Palace at Selhurst Park will be a tricky hurdle.

A home tie against an out-of-form Newcastle will round off the season for the Reds, with Chelsea off to face relegation threatened Cardiff.

It all seems to boil down to the clash at Anfield. Jose Mourinho is not one to receive a footballing spanking, but considering the potency of that Liverpool attack, he will have to be at his tactical best to avoid defeat.

Chelsea have the best defensive record in the league, and have meted out their own thrashings this season, with Arsenal on the end of a 6-0 hammering at Stamford Bridge last month.

But Liverpool are on an unprecedented 10 match winning streak, and boast the best player in the league in Luis Suarez.

There are however, certain factors that have arisen this week that could effect the outcome of the match.

Daniel Sturridge limped out of the win over City, and the Metro reporting that the 20-goal man could miss the rest of the season with a hamstring injury. Also, the brilliant Jordan Henderson picked up a straight red at the end of the game on Sunday, and will miss the Chelsea match through suspension.

The Blues meanwhile have the two legs of their Champions League semi-final sandwiching the Liverpool clash, which could throw up fatigue and injury worries.

We at Soccerlens cannot wait for the game, and I’m sure you’ll join us in hoping that Liverpool vs Chelsea lives up to it’s billing as Premier League decider.

What do you think? Who will win the title? Liverpool? Chelsea? Manchester City? Let me know in the comments below…