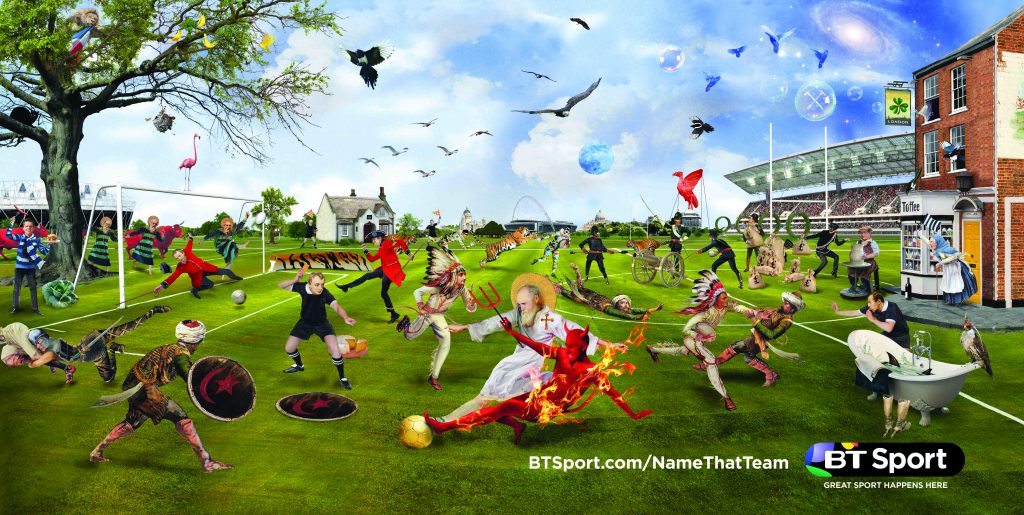 Cheese, bubbles and an elderly woman – what does it all mean? These and many more clues appear in the new competition from BT Sport which features 44 sports teams – including all 20 clubs from the Barclays Premier League, which you can see live on BT Sport – albeit it ‘hidden’ as picture clues to really put sports fans knowledge to the test.

Depending on how many of the 44 teams you can name, which also include the 12 Aviva Premiership rugby union clubs and football teams from around the world who are all part of BT Sport’s live coverage, you could win a top prize.

Participants that find and name all 20 teams from the Barclays Premier League hidden in the illustration will be entered into a prize draw to win a pair of tickets to a Barclay’s Premier League game of their choice.

Those up for a real challenge, who find and name all Barclays Premier League, Aviva Premiership Rugby and 12 additional teams from the Scottish Premiership and around the world will be entered into a grand prize draw. The winner will receive a Home Entertainment system worth £3000 including 46” Samsung LED TV, Samsung Home Cinema System, XBox 360, Dabs vouchers and free BT Broadband, BT TV and BT Sport for a year.

To see the picture in more detail and enter the competition, visit www.btsport.com/namethatteam, where you can enter your answers. Participants have until 30th September 2013 to enter.