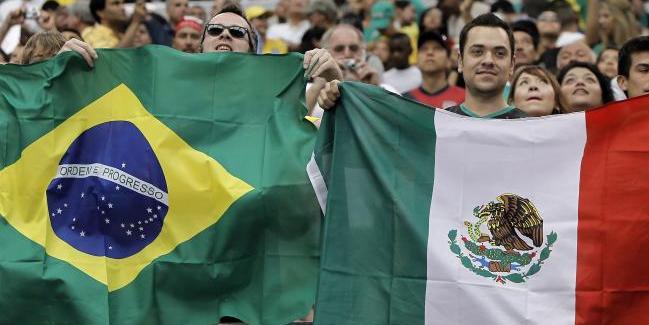 World Cup hosts Brazil take on Mexico in Fortaleza today, with both sides eager to build on their respective opening day wins in Group A. 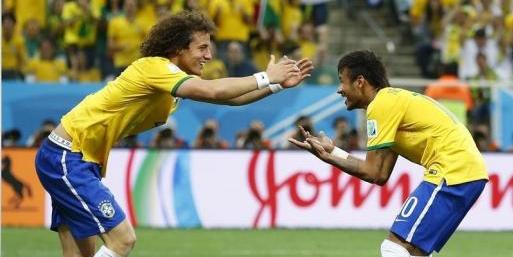 Brazil were impressive on opening night, seeing off a strong Croatia side 3-1 in São Paulo, while Miguel Herrera’s side beat Cameroon 1-0 thanks to a second half goal from Oribe Peralta.

The media attention will remain fixed on the Selecao’s leading man, Neymar, with the Barcelona striker tipped to add to his two goal tally at the Estádio Castelão. 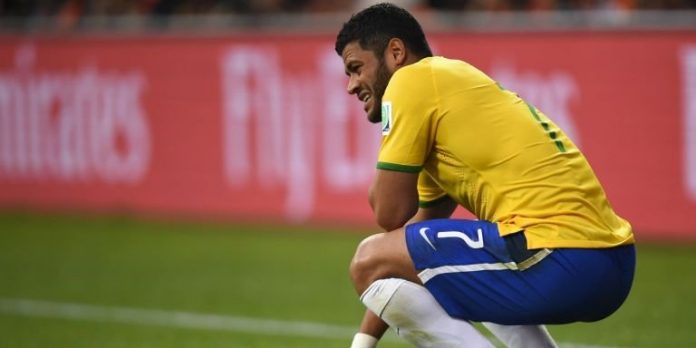 Luis Filipe Scolari’s main concern leading up to the game is over the fitness of Hulk, with the Brazil coach saying that the Zenit striker may not play after sustaining a muscle injury in his left leg.

Bernard and Chelsea duo Willian and Ramires are in the running to replace him if he fails to recover, with the Shakhtar midfielder more likely to nab the spot after his substitute appearance during the win over Croatia. 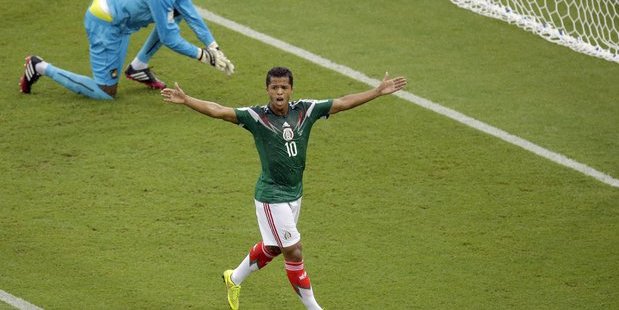 Manchester United striker Javier Hernandez was dropped for the win against Cameroon, and manager Herrera should keep faith with both Peralta and Dos Santos against the mighty Brazilians.

Dos Santos was desperately unlucky not to have scored in the win over the Africans, with the former Tottenham man seeing two goals wrongly chalked off for offside.

The aforementioned Peralta has a slight knock, as does Hector Moreno, but the pair should be available for selection.

The Selecao to continue to go through the gears in front of their adoring pubic with a comfortable win over the Mexicans!