The 2014 World Cup in Brazil has, mercifully, seen the game’s most revered stars come to the fore and advertise the merits of football’s greatest tournament in the best possible way. The likes of Lionel Messi, Arjen Robben and the now sadly crocked Neymar have consistently demonstrated just why they are considered to be on the very top rung of players on the planet, and why their presence is so crucial to the success of their respective nations.

The feeling that this is a World Cup for the superstars will surely haunt Chelsea attacker Willian as he prepares to replace the aforementioned Neymar in the crucial World Cup semi-final against Germany on Tuesday, with the 25-year-old charged with replicating the goods so expertly delivered by the Barcelona man up until his injury in the quarter finals.

Willian has his backers however, with suspended captain Thiago Silva preaching the merits of the Selecao’s ‘spare parts’ in the buildup to the game,

“I’m sure we have good spare parts. I believe very much in Willian, who has almost the same features as Neymar and believe in this moment he will fill the gap very well. This is where we have to show the strength of the group,” the PSG defender told reporters. 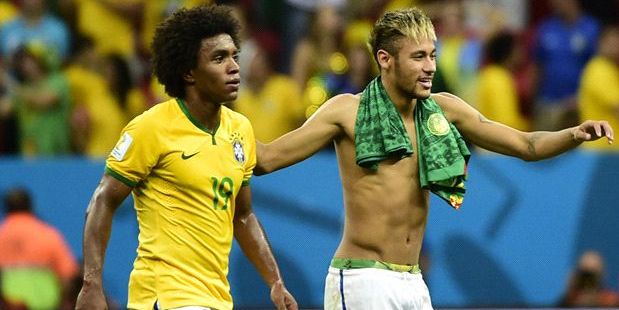 Costing Chelsea a sizable £30m when snapped up from Ukrainian side Shakhtar Donetsk last season, Willian managed to force his way into the first team at Stamford Bridge, becoming a firm fans favourite due to his considerable work-rate and devastating bursts of pace.

But even though he plies his trade for one of the top five European sides in the game, Willian is alarmingly inferior when compared to Barcelona striker Neymar, especially in the eyes of the Brazil fans. The £50m superstar was the hosts’ great hope of winning the World Cup in their own back yard, and his fall will have spawned a lot of animosity and resentment; with Willian surely caught up in the frenzy and incurring a stunning amount of pressure.

Parts of the Brazilian press have dubbed Willian the “new Amarildo”, after the player who took over from the injured Pelé in 1962, with the furore surrounding the forced change in personnel reaching fever pitch. 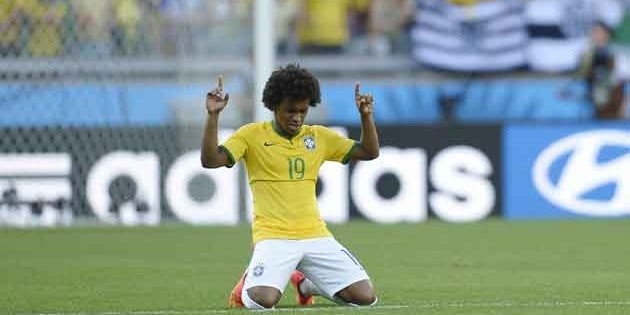 While we’re not talking David Bentley replacing David Beckham in his pomp, as Willian has displayed more than enough to be a considered a top player, there are two key on-field reasons why the Chelsea attacker will struggle to deputise in Neymar’s stead:

The penalty-shootout win over Chile in the second round highlighted this in spades. With the Selecao bar still shaking from substitute Mauricio Pinilla’s stinging extra-time strike, Brazil entered into penalties to save their World Cup dream, with both Willian and Neymar stepping up to the plate. 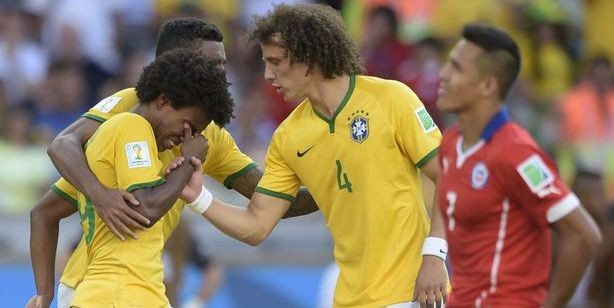 Of all the penalties taken this summer in South America, and there have been a few, I have not seen one less convincing in execution than Willian’s attempt. His jelly-legs run-up and badly skewed effort gave Chile a route back into the shootout, and heaped even more pressure on Brazil. It was down to Neymar to steady the ship, which he did emphatically, with the BBC commentary team remarking that the 22-year-old has ‘nerves of steel’!

Willian’s ability to perform under pressure is evidently lacking, and while many of the world’s best players have buckled under pressure, Neymar seems to actually thrive under the weight of a nation, making him the hosts’ shining light, and now clearly their biggest loss.

Neymar’s international record is stunning, with his 35 goals in just 53 appearances, still at the tender age of 22, makes him the premier goalscoring threat for Luis Felipe Scolari’s side. Centre-forward Fred has been roundly criticised throughout the duration of the tournament for his general lack of movement, while Hulk on the other flank is a decidedly hit-and-miss quantity.

Neymar scored four goals in five games for the Selecao, and without him, it is hard to see where goals would come from, especially against the might of the German rearguard. 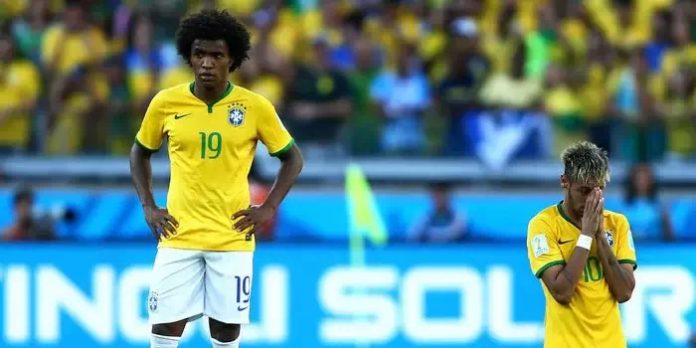 Willian, although he has not consistently been given the platform to prove otherwise for Brazil, is certainly not a goalscorer like Neymar, and while he does have an outstanding technical ability (as you would expect from a Brazilian winger), he has a very poor assist record for both club and country, with the 25-year-old’s main selling points being his stamina and pace on the counter.

The Chelsea man is excellent at linking up with his teammates, however, despite his statistically substandard end-product, something he understands to be one of his key footballing traits:

“There’s no comparing us,” said Willian at potentially replacing Neymar,

“We have different styles. Yes, some things are similar, such as our speed and dribbling, but Neymar is a striker whereas I am more a midfielder who sets up others. Neymar scores a lot of goals, whereas I am more someone who serves my team-mates.”

Don’t get me wrong, I am a firm fan of the attacker, but this is a little like Dirk Kuyt replacing Arjen Robben for the Dutch; a hard-worker, capable of brilliance (albeit at a much slower, less technical pace than Willian), and a real team-player, but not a match-winner like Robben or Neymar.

If Brazil are to best Germany tomorrow in Sao Paulo, then Willian will have to prove his worth, and then some. I still believe the Selecao will somehow make it past Joachim Löw’s side, perhaps through sheer force of will, but if the hosts are to succumb to the Germans, the absence of Neymar will surely be a deciding factor, with Willian set to be pushed into the firing line.

What do you think? Can Willian replace Neymar for Brazil? Can they get the better of Germany?