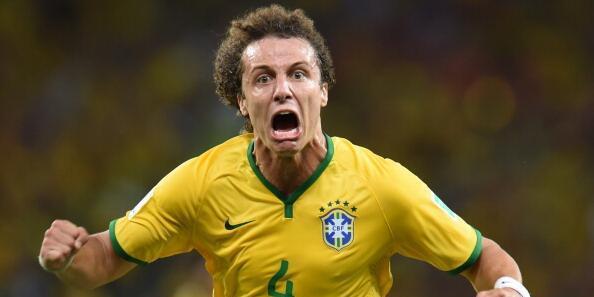 Brazil saw off a subdued Colombia in Fortaleza on Friday, with centre-back pair Thiago Silva and David Luiz getting the goals for the Selecao, with the latter’s long-range free-kick certainly one of the goals of the tournament. 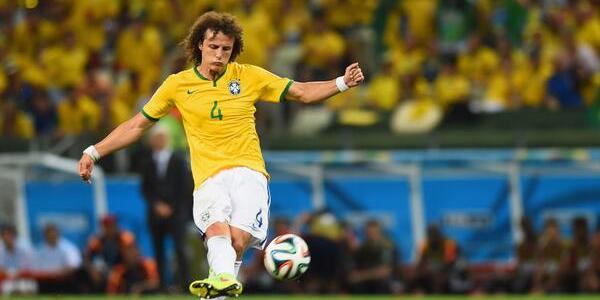 Luiz, who completed his record-breaking £50m move to PSG last month, put the hosts 2-0 up with a stunning set-piece from range, with the ensuing celebration sure to remain as one of the enduring images from the tournament in South America. It was truly an extraordinary hit, struck with his instep after a decent run-up, with the ball arching gloriously over the despairing dive of Colombia keeper David Ospina after 68 minutes.

The goal should have seen the Selecao home and dry, with the game entering the final 20 minutes, and the hosts 2-0 up. David Luiz’s new PSG centre-back partner Thiago Silva had given Brazil the lead after thirteen minutes, nudging the ball home with his knee after a whipped corner kick. 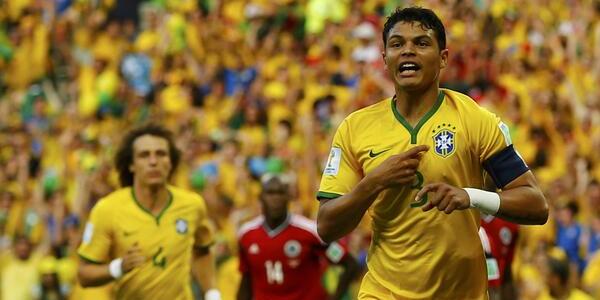 But Brazil were once again not at their best, with Luis Felipe Scolari’s side failing to really kill the game off, but Colombia were unable to really take advantage, with James Rodriguez’s goal coming too late to really make an impact.

His sixth goal of what has been a phenomenal tournament for the 22-year-old, Rodriguez sent Brazil keeper Julio Cesar the wrong way to seemingly give Colombia home, with the spot-kick awarded after the former QPR shot-stopper had upended Carlos Bacca after 80 minutes. 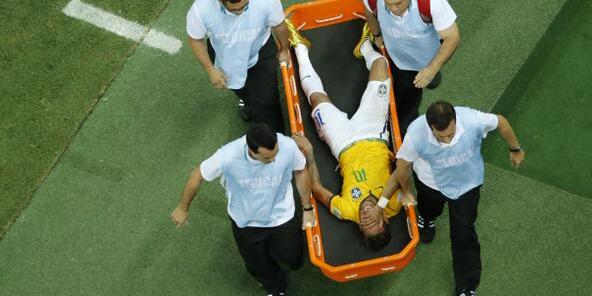 Golden boy Neymar was brought off on a stretcher as the clock ticked down, with the Barcelona attacker receiving a painful knee to the lower back. It was later revealed that the 22-year-old fractured a vertebra in his spine, and will not only the miss the semi-final against Germany next week, but also the rest of the World Cup.

Read more – Neymar out of the World Cup, and he could have been left paralyzed

Colombia meanwhile head out of the tournament, certainly with their heads held high after wowing audiences around the world with some terrific performances in the early rounds, but there will be a sense of disappointment after the defeat in the Estádio Castelão, with Brazil’s resolve not truley tested by their South American rivals. 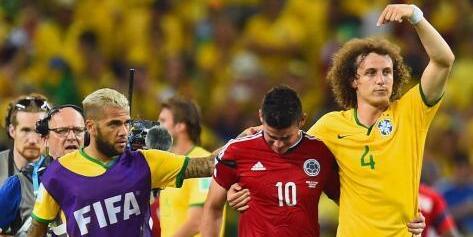