Looking at The Championship this season, there are some significant clubs in the competition, plenty of which that have relatively recent Premier League experience.

As such, ahead of the 2014-15 campaign, few would have expected the joyous scenes at Dean Court on Monday night.

Following a comprehensive 3-0 victory over Bolton, making it 12 games without a defeat, Bournemouth all-but ensured promotion to the Premier League.

Following Watford’s lead from the weekend, Eddie Howe’s men are now one game away from elevation to the top flight – as long as they don’t lose to Charlton by a cricket score this weekend.

Bournemouth’s rise to English football’s elite has been nothing short of staggering. 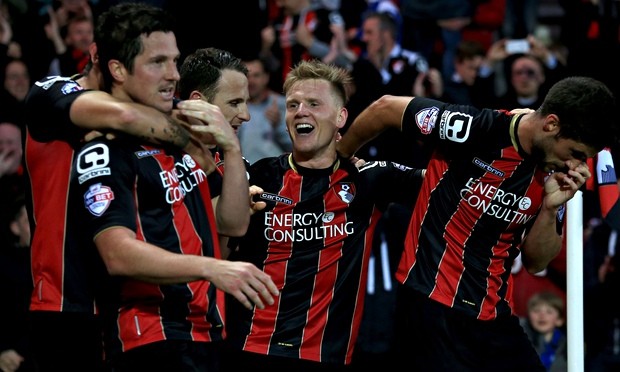 The club’s 125-year history has largely been spent in the lower echelons of the Football League, with promotion to The Championship for the 2013-14 season the first time the Dorset-based outfit had ever played in the second tier of the game.

After a season of consolidation and a respectable tenth-placed finish, Howe’s men have been a force to be reckoned with this term and fully deserve their place in the top two.

It will be all change for long-serving Cherries fans, with the club’s current capacity of 12,000 at Dean Court surely set to increase.

Bournemouth currently do not have undersoil heating, showing the gulf in facilities between the modest side and the biggest guns of the national game.

However, after their heroics this season the club will receive a hefty payday, with television rights and all the financial benefits being in the Premier League brings. 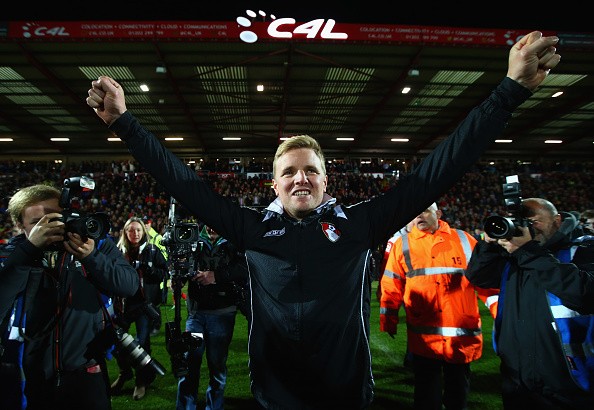 The architect behind Bournemouth’s fairytale story has undoubtedly been manager Howe; a stalwart for the club as a player and currently in his second stint in charge of The Cherries.

The 37-year-old head coach has largely stayed faithful to a group of players that have afforded him a massive amount of respect over the years and will now follow him in the next step of their incredible journey.

Despite the fact that Howe has only been a manager for six years, he was recently named as the Football League manager of the decade – quite the feat given fairly illustrious company.

The current squad has a number of recognisable faces, with a selection of players with Premier League experience keen to prove their are good enough to take their place amongst the best.

A number of standout players have displayed form in The Championship that suggests they can more than cut it in the Premier League, with Callum Wilson, Matt Ritchie and Simon Francis particularly impressive.

However, for Bournemouth to survive their debut campaign in the top flight, clever loans and expenditure on the first-team squad seems a pre-requisite.

With the modern game increasingly being dominated by finances and aspects away from the pitch, Bournemouth’s rise to the top has a certain romanticism to it, with the underdog undertone showing the unpredictability of the beautiful game.