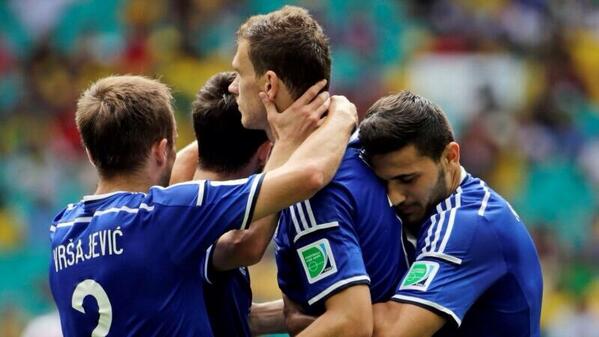 Bosnia and Herzegovina recorded their first-ever win at a World Cup this evening, eliminating Iran from the tournament in the process.

The Southeastern European making its World Cup debut this summer were already eliminated from the competition prior to kick-off today following one-goal defeats to both Argentina and Nigeria. They were able to end their tournament on a high in Salvador.

Manchester City’s Edin Džeko opened the scoring midway through the first half with his first-ever goal in a World Cup. The striker firing into the bottom corner from 20 yards.

The side from Europe dominated the possession and created the most chances between these two in a match they deservedly won.

One of Bosnia and Herzegovina’s star players in this tournament has been Miralem Pjanić and the Roma midfielder looked to have settled the game just before the hour when he made it 2-0. 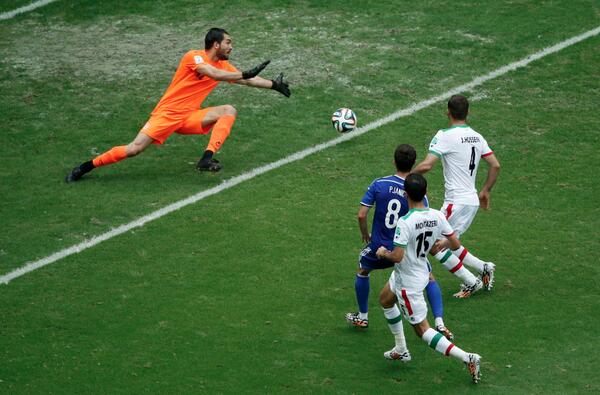 At this stage of the game Asmir Begović had not been forced into a single save in the game.

Iran looked impressive defending against Argentina last week before they were deflated through Lionel Messi’s stoppage time winner. The Asian side had had the better chances to open the scoring prior to falling behind so late.

Coached by former Real Madrid head coach Carlos Queiroz, Iran scored their first goal at the 2014 World Cup with 8 minutes of their tournament to play. Charlton Athletic’s Reza Ghoochannejhad tapping into an open goal from close range, set up by Javad Nekounam after a corner had not been fully cleared. 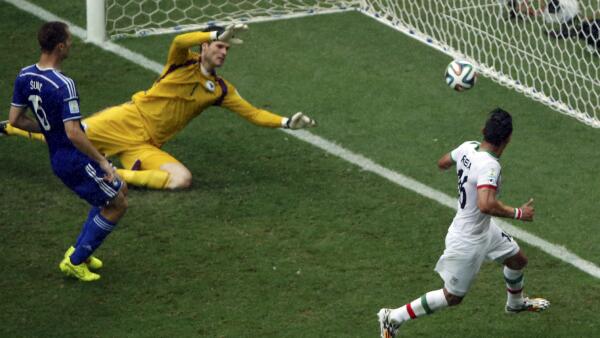 The joy would be short-lived for Iran as Bosnia and Herzegovina would go up the other end and restore their two-goal lead immediately. Right-back Avdija Vršajević with a fine finish across goal in off the post put the final nail in Iran’s coffin.

Bosnia and Herzegovina had come into this World Cup with some expectations of making it out of the group. Their performance in defeat to Argentina only encouraged fans, added up with Nigeria’s disappointing performance in drawing 0-0 with Iran.

The crunch game was ultimately when Bosnia and Herzegovina and Nigeria met on Saturday with the African side deservedly winning through Peter Odemwingie’s first half strike.

Nigeria progress from this group despite losing 3-2 to Argentina today. The Super Eagles will go onto face the winners of Group E whilst Argentina take on the runners-up in the round of 16.