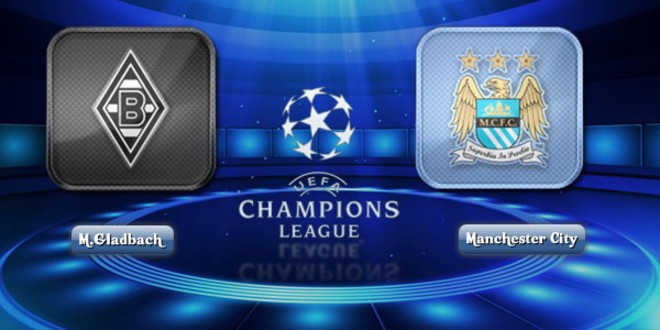 Both Borussia Mochengladbach and Manchester City have had contrasting starts to their respective seasons, and come into the game with fortunes reversed. Gladbach, who started their 2015/16 campaign with six successive losses have found some semblance of respite after notching back-to-back wins to put their Bundesliga season back on track.

While Premier League giants Manchester City are on a rough patch of form after starting the season like a train, winning five out of their five opening league games before losing three of the last four games leading up to Wednesday night’s game. The impressive 54,000-capacity Borussia Park will play host to the game, which will be the first time the club will be hosting a European Cup game since the late 1970s.

City were stunned by domestic rivals Tottenham Hotspur at White Hart Lane on Saturday as the Londoners came back from a goal down to emphatically clinch all three points in a 4-1 win, while Gladbach will be sharp in confidence after scoring seven goals in their last two games in the Bundesliga. Both clubs suffered defeats in their opening group games, Gladbach losing to Sevilla 3-0 while City were defeated by Juventus 2-1.

Gladbach will be without the services of captain and experienced centre-back Martin Stranzl as the Austrian is recovering from a fractured eye socket. There are no more injury worries for caretaker manager Andre Schubert, who will be able to call upon the likes of Fabian Johnson, Patrick Herrmann and Alvaro Dominguez after their recent return from injury lay-offs.

Schubert will likely persist with the same starting eleven which has helped the Foals to their current two-game winning run, and it will mean the likes of Thorgan Hazard — brother of Eden Hazard, who plays for City’s Premier League rivals Chelsea — and Andre Hahn will start from the bench.

Manuel Pellegrini has plenty to ponder regarding his selection of players as City have been blighted with injuries of late. David Silva, Wilfried Bony, Eliaquim Mangala, Gael Clichy, Fabian Delph and Kelechi Iheanacho are all out with injuries, while captain Vincent Kompany is a doubt after pulling out of the Tottenham game at the last minute.

Goalkeeper Joe Hart could be available for selection after he too missed the Spurs game, while influential midfielder Yaya Toure’s participation is in doubt after he limped off with a hamstring injury last time out. One positive news, however, is that right-back Pablo Zabaleta is fit to start after being on the bench against Spurs on the weekend.