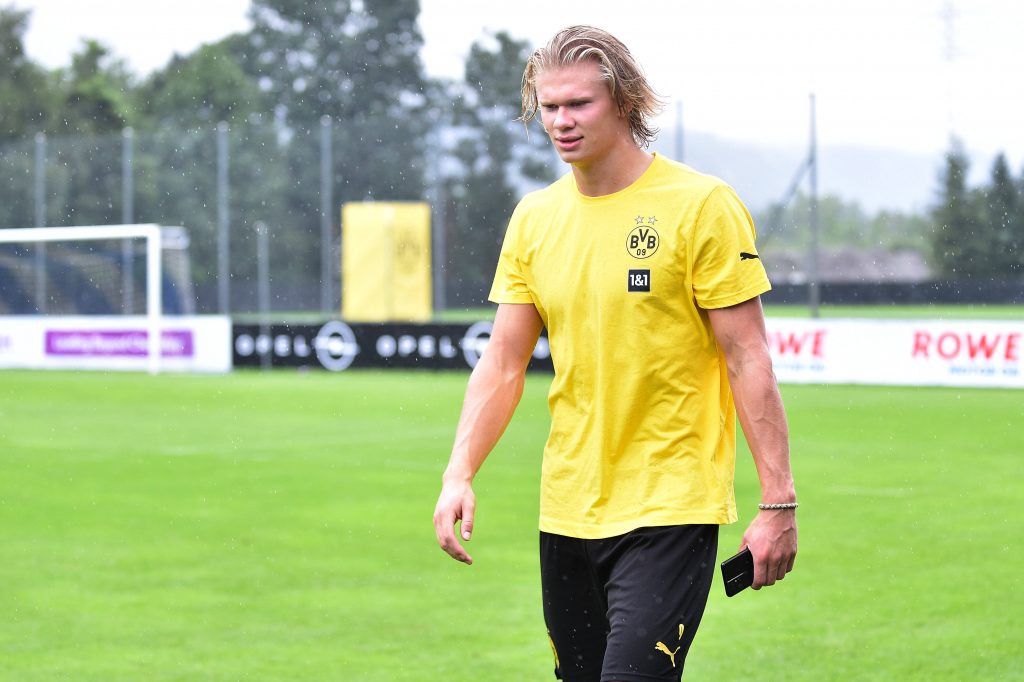 As shared by The Sun, the Norway international wore a pair of Leeds shorts while engaging with his supporters, hinting the Elland Road outfit remains dear to his heart.

The 21-year-old was born in Yorkshire when his father Alf-Inge Haaland was still playing for the Whites, and he has remained a fan of the club ever since.

The hitman, who bagged 27 Bundesliga goals last term, once said his dream is to win the Premier League with Leeds, but that was back in 2017 when he was just 16.

He has since established himself as one of the most sought-after strikers on the planet, with Dortmund only interested in selling him for £150 million this summer.

According to the Mirror, the Bundesliga giants only want £150m to do a deal for Haaland this summer, but suitors are likely to wait until next year when a lower release clause comes into play.

Leeds could do with such a lethal and prolific goalscorer in their bid to break into Europe next season, but a deal is not possible given the finances involved.

Haaland swapped shirts with Elland Road favourite Stuart Dallas after Norway’s clash with Northern Ireland in the Nations League last year, leaning into him to say ‘marching on together’, and he clearly is still in love with the club.

He has been linked with Chelsea and Manchester United, but a move to Old Trafford could be ruled out as he may not be keen on joining them due to their rivalry with Leeds.