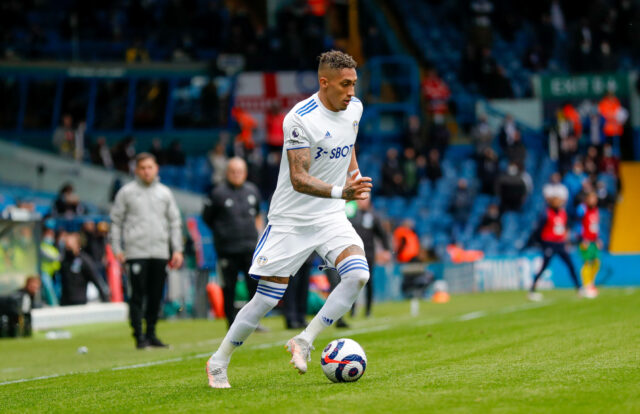 The summer transfer window could be absolutely massive for Borussia Dortmund.

Dortmund fought tooth and nail to keep Jadon Sancho with them last summer, despite offers submitted by Manchester United.

However, Sancho is likely to leave this summer. Dortmund are ready to let him go, and they are already exploring options to replace him.

According to Eurosport, the German giants are interested in Chelsea’s highly-rated young talent Callum Hudson-Odoi.

Despite his huge potential, he has not lived up to the hype, and Chelsea are open to selling him.

The report claims that Dortmund are exploring other options, with Leeds United’s Raphinha on their wish list.

“They are believed to have made tentative enquiries about the terms it might take to sign Hudson-Odoi as a replacement, though there are other options to be explored as well, including Lille’s Jonathan Ikone and Leeds United’s Raphinha,” wrote Eurosport.

Raphinha would be a superb signing for Dortmund.

The 24-year-old joined Leeds last summer from French club Rennes for a fee in the region of £17 million.

He made a massive impact for the Whites in his first season at the club, notching six goals and nine assists for the club.

The Brazilian winger is happy at the club, and Leeds have no intentions of selling him at the moment.

He has a contract at the club until 2024, and Leeds are expected to demand a huge transfer fee for him in case he leaves.