Bordeaux 1-1 Liverpool: Mamadou Sakho should be undroppable against Norwich and other things we learnt 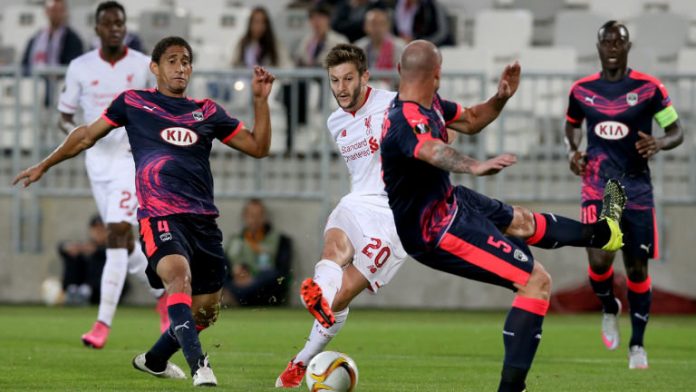 Liverpool drew 1-1 away to Bordeaux and the result brought the fans a host of mixed feelings. Of course, an away draw in a European competition is not a bad thing particularly, but the manner in which Liverpool’s second team played for large parts of the game was extremely disappointing.

Here are some things we learnt from the game

Mamadou Sakho is the best defender Liverpool have

Sakho has been a source of much debate at Merseyside. Brendan Rodgers has chosen to give Dejan Lovren a place in the first team thus far and the Croat hasn’t done anything to convince that he is the way forward for the Reds. Meanwhile, Liverpool’s best defender has been receded to the bench because of it. Thursday brought Sakho his first chance to impress this season and the Frenchman smartly took it with both hands. In the absence of Jordan Henderson and James Milner, Sakho was handed the armband by Rodgers. He was composed and solid at the back and he looked like the defensive leader Liverpool have been craving for a long while.

Rodgers said after the game that Sakho has got himself in the reckoning for the weekend. This kind of commanding defensive performance should make him undroppable for Sunday’s Premier League clash with Norwich City at Anfield. If he doesn’t start the game, Liverpool fans will turn on Brendan Rodgers with even more force.

Liverpool fans pride their academy to no end and we’ve seen the likes of Raheem Sterling, Jordan Ibe (both the players began their youth careers elsewhere but have been developed by the Liverpool academy) and Jon Flanagan come out of it and impress in the recent past. This game saw academy players Jordan Rossiter start and Pedro Chirivella was introduced in the first half to partner Rossiter upfront.

After making his Premier League debut against Arsenal some weeks back, Rossiter received his first European start against the Ligue 1 side. He dictated play from the middle of the park, was a good shield for his back four and in the process, made the most tackles out of any Reds player. It makes sense now that Rodgers didn’t send him out on loan in the summer. We can expect to see more of the youngster this season. While it is assumed that he will play a fringe role and mainly feature in cup competitions, his performance against Bordeaux can certainly cause Rodgers to think he can play a big part on the weekend and be the catalyst his side so desperately needs.

Last season, a 3-0 loss to Manchester United saw Brendan Rodgers switching things to a three man backline. Uncannily enough, Liverpool played with three at the back and Emre Can was pushed back into that backline after Toure went off injured. Even though this game was a dogfight for large portions, the somewhat decent performance of the second string team (especially after the disasters against West Ham and Manchester United) will give Rodgers a pleasant headache as to whether a switch in formations might do the trick again.

Joe Gomez, who is a centre back but has been deployed on the flanks, looked far more comfortable in his natural position. Emre Can does well at the back centrally, and Mamadou Sakho provides Liverpool with the sense of semblance and composure, something that has been missing for a while. Martin Skrtel will come back to the starting 11 and in case of a back three, one of Can or Gomez will be sacrificed; perhaps even both of them, if Dejan Lovren has to be accommodated.

Alberto Moreno looks far more comfortable in the wing-back role than the full back one and a switch to the aforementioned formation will see his return, something that will be able to give Liverpool some much needed width. Nathaniel Clyne would be deployed on the opposite flank. James Milner and Jordan Henderson will, in all probability, comprise Rodgers’ preferred midfield double pivot. Christian Benteke will start as the lone striker with Philippe Coutinho and one of Roberto Firmino or Adam Lallana behind the Belgian. This formation would also mean both Coutinho and Firmino can be deployed centrally. Firmino prefers to operate inside the pitch, rather than on the flanks, and his contribution might become more telling if he is given a chance to play to his best abilities.