According to reports in the Guardian, Mario Balotelli’s agent has claimed that his client could leave the  Rosonerri for a return to the Premier League with Arsenal being his likely destination. 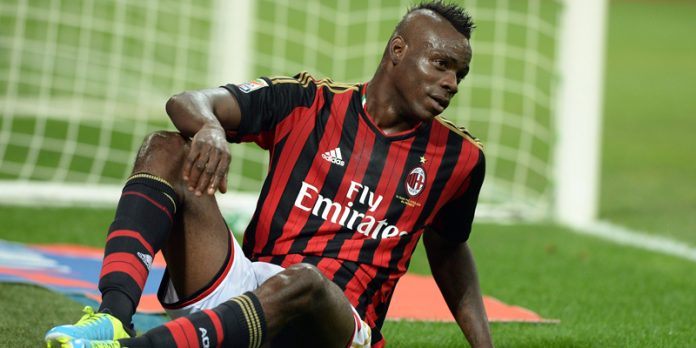 Milan’s vice president Barbara Berlusconi had earlier calimed that the 23 year old controversial Italian is not irreplaceable.Balotelli’s agent Mino Raiola who had earlier said that Arsenal are one of the very few clubs who can afford to acquire his client’s services defended Balotelli’s poor show following Italy’s elimination from the group stages of the World Cup in Brazil.

Raiola said, “Mario is sad, desperate. Only Galliani (Milan’s another Vice President)has defended him while the Italian football federation remains absolutely silent. I appreciate Galliani’s comments but now I want to respond to Barbara Berlusconi.”

“If for her Mario is replaceable, she should set up a meeting in the club’s headquarters and we will find a solution, just as I am used to doing. I remember that Mario had other important offers. He is at Milan because of his heart.”

The story comes in the wake of Arsene Wenger squashing speculations over Balotelli’s rumoured move to Arsenal. The Gunners however are in the transfer market, desperate to sign a striker who can take the pressure off Olivier Giroud up front as the London club want to mount a serious Premier League title  challenge in the 2014-15 season.

So do you think Balotelli will sign for Arsenal? Can Arsene Wenger tem the controversial genius?