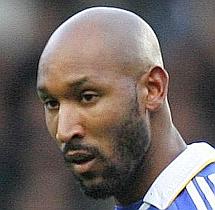 Chelsea travel to face Blackburn looking to keep pace with Arsenal and Manchester United in the race for the EPL trophy.

Chelsea still have a match in hand on Arsenal and Manchester United but will want to keep pace with three points from the match. After being knocked out the Champions League, they can focus on the FA Cup and Premier League. Blackburn are the middle of the table and 10 points above the relegation zone. They are only six points from the 40 point mark, which would almost guarantee their safety.

Chelsea have not been in great form in their last six league matches with a 3-1-2 record while Blackburn 2-1-3 record in that same span. The Blues are without Essien, Cole (Ashley), and Bosingwa due to injuries. Blackburn will miss Grella, Robinson, Givet, Jacobsen, and Nelsen because of injuries. Both Chelsea goalkeepers, Cech and Hilario, could feature in the match but are doubts heading into the match.

Even though Blackburn are middle of the table, they’ve been very strong at home with 8-4-2 record at Ewood Park. It will not be an easy win for Chelsea who will be looking to recover from their loss to Inter Milan in the second leg of the Champions League at Stamford Bridge.

Didier Drogba and Nicolas Anelka will be the attacking options for Chelsea up front but midfielder Frank Lampard has been a consistent scoring threat with 12 goals in the EPL. Blackburn’s leading goalscorer in the Premiership is David Dunn with five goals but he hasn’t scored in several months.

Chelsea will win the match 2-1.

You can watch Blackburn v Chelsea live online as well as dozens of other Premier League and European football games. Read our live Premier League football page for more details.