India
Home News berbatovs stubbornness could cost him a move 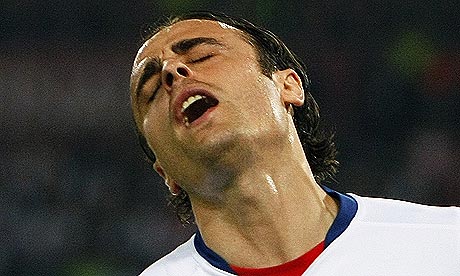 With the summer arrivals of Robin van Persie and Shinji Kagawa at Manchester United, the already out-of-favour Dimitar Berbatov’s time at Old Trafford is up. The Bulgarian frontman was forced to watch-on from the sidelines for the majority of last term, and Sir Alex Ferguson is willing to sell the attacker given the strength in depth at his disposal in attack. Berbatov has confessed that he longs to play regular first-team football again, but with the transfer window coming to a close an exit has still not been concluded. However, the player’s ego and stubbornness in dealing with suitors Fiorentina show that Berbatov could scupper his chances of a transfer and end up playing for United’s reserves until January.

A host of English and European clubs have been linked with a move for Berbatov over the last two months, with the mercurial striker believed to available for a reasonable £5 million. The latest side to show an interest in the 31-year-old are Fiorentina, with the Serie A side revealing that they had agreed terms with United only for Berbatov to fail to travel to Florence to discuss terms.

“ACF Fiorentina announce that the transfer for Dimitar Berbatov definitively collapsed after an agreement with Manchester United had been concluded (with shared exchange of contracts, the first instalment paid and the financial guarantees for the second instalment ratified) and after reaching a verbal agreement with the player over his contract,” a club statement released by the Viola reads.

“The English club had allowed their player the written permission to come to Florence for a medical and to sign his contract.

“The player got on the flight with his agent and on tickets paid for by Fiorentina. He never arrived in Florence.

“This was down to outlandish and arrogant behaviour of other clubs, who have nothing to do with fair play and sporting ethics that go even beyond the confines of fairness.

“As for the player, apart from his characteristics and his value on the field, at this stage we are happy he didn’t come to Fiorentina. He did not deserve our city, to wear our jersey or the values that represent it,” it concludes. 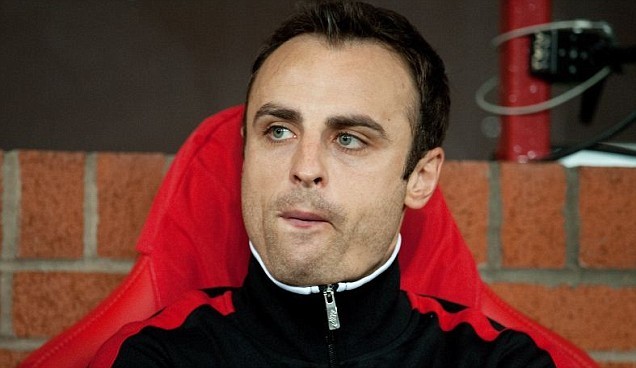 Fiorentina may not be in the Champions League and are certainly not one of the top clubs in Italy currently, but the Stadio Artemio Franchi side have shown ambition this summer. The signings of Alberto Aquilani, Borja Valero, David Pizarro and Matias Fernandez show that the club are backing up-and-coming manager Vincenzo Montella, and Fiorentina could be an oustide bet for a Champions League finish this term in Italy.

The latest rumblings are that Berbatov is eager to stay in England and has his heart set on a reunion with former Tottenham boss Martin Jol at Fulham. The move would make sense and would suit both club and player, but it feels like Berbatov has put all his eggs in one basket.

Jol may well have a personal relationship with the striker and know how to deal with his eccentric personality but if a switch to Craven Cottage does not materialise Berbatov’s impetuous actions will not help him draw further suitors. Berbatov’s abilities as a footballer have never been under question, but his attitude is certainly not that of a model professional; his latest disrespect to Fiorentina could well convince buying clubs that the forward’s baggage outweighs his abilities and look elsewhere.