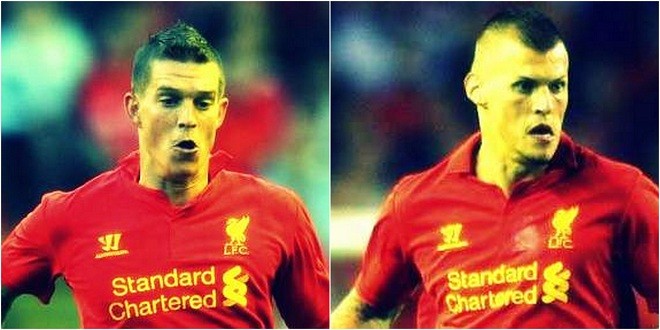 Napoli and former Liverpool manager Rafael Benitez is looking to bolster his defensive options in the January transfer window and have targeted Liverpool defensive duo – Martin Skrtel and Daniel Agger – as per reports from Italian newspaper CorrieredelloSport.

Benitez, who has already secured the services of Liverpool goal keeper Pepe Reina on loan, is considering options to find a solid replacement of defender Paolo Cannavaro, the 32-year-old defender and captain of the Seria A club, and as per the report, has lined up several options including the Liverpool duo.

Skrtel’s future came under speculation in the summer as the Slovakian struggled to secure a regular starting place under manager Brendan Rodgers, mainly in the second half of last season. He was linked with a switch to Napoli in the summer, but the deal didn’t materialize.

Likewise, Daniel Agger was targeted by Barcelona in the summer but Liverpool had rejected any advances from the Catalan club.

While Skrtel has regained his place in the starting line-up after displaying a virtuoso performance against Manchester United early this season, vice-captain Agger has lost his place to Mamadou Sakho recently which has resulted in wild speculations and rumours about his future.

Agger has rubbished talks of leaving and said instead: “I know I’m here and as long as I’m doing everything to be in that team and I feel I’m good enough and the manager can use me, then I’ll be here.”

Italian Journalist Antonio Giordano writes that although Agger is 29 but his experience and style of play (control over the ball and passing abilities) could prove to be handy for the Naples club.

However, these are just mere speculations. Liverpool are in a strong position in the Premier League and Brendan Rodgers would certainly be looking to get the services of two of his most reliable defenders for the entire campaign. So, even if, Benitez comes up with any offer, a move for either of them is highly unlikely.