Newcastle midfielder Miguel Almiron was sent off for Paraguay during the midweek for a horror tackle.

The playmaker joined the Magpies in January and he has been quite impressive for them so far.

Speaking to Daily Mirror, Rafa Benitez has now revealed that he has spoken to the player about the midweek challenge while playing for his country and the player is fine now.

Almiron is ready to play against Arsenal later today.

Benitez spoke to the player in the gym and during the training sessions earlier.

The Spaniard believes that Almiron isn’t someone who wants to hurt opposition players with bad tackles. The challenge was a one-off.

Paraguay were losing the game and Almiron could not control his energy and lunged into the tackle. 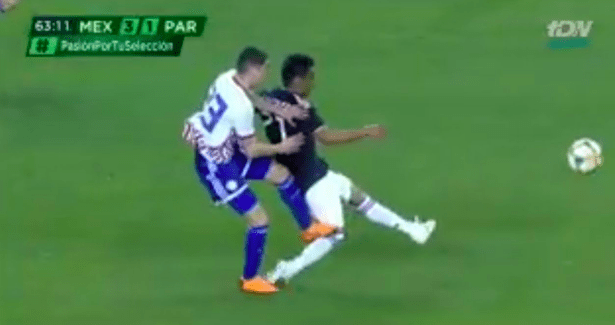 “When I saw him in the gym, he said he was fine,” Benitez said. “I asked him again during the training session, asked if he was OK, and he said yes.

“I do not think he is the sort of player who would make a bad tackle on purpose. It was the situation. They were losing and he has this energy. But mentally, he is ready and he is training well.”

It will be interesting to see how the midfielder performs against Arsenal if gets to start. Newcastle will need his guile and intelligence against the Gunners defence today.

He has been a key player for them in the recent weeks. Newcastle’s upturn in form has coincided with Almiron’s arrival at the club.