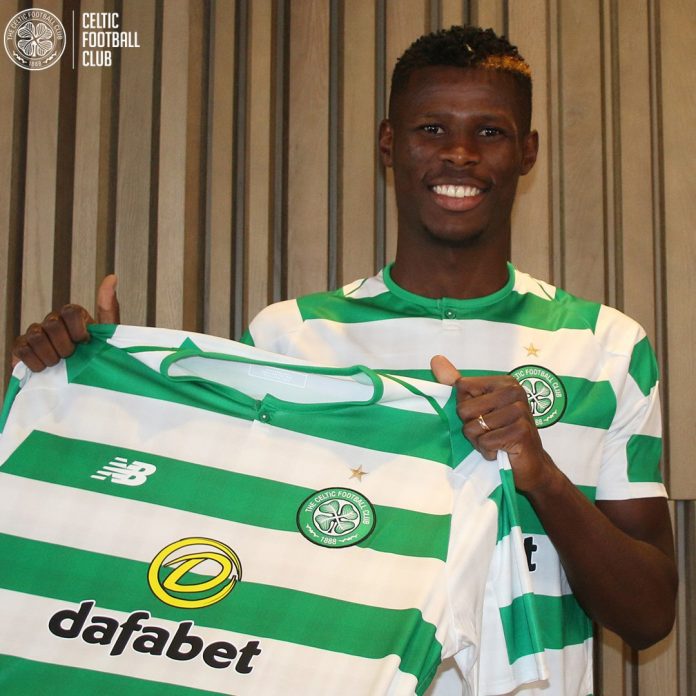 Vakoun Issouf Bayo has officially been unveiled as a Celtic player on Tuesday.

The 22-year-old took to social networking site Twitter to express his reaction after completing the move. He described the move as a ‘new challenge’ in his career.

A new challenge, with your support I can take it up @celticfc ??????? à Glasgow, United Kingdom https://t.co/Ev6P7RuY3o

Brendan Rodgers was desperate to bolster his strike department in the January transfer window, and wasted no time in landing Bayo, who has scored 18 goals in 23 games for Dunajska Streda.

The highly-rated forward, however, will not take part in Celtic’s clash against St Mirren at Celtic Park, and will only watch the game from the stands.

The Ivory Coast striker has revealed that he was persuaded to move to Glasgow by Hoops coach Kolo Toure.

The young striker has said that he wants to continue his form for his new club, and has joined the Bhoys to win trophies.

Rodgers has further bolstered the attacking unit by signing Oliver Burke and Timothy Weah this month.