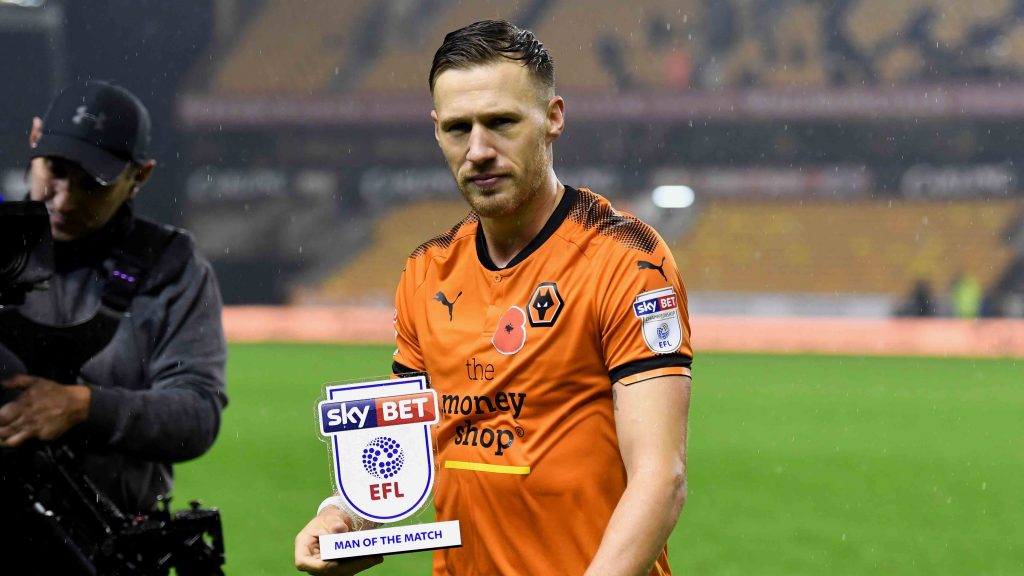 Wolverhampton Wanderers move one step closer to clinching promotion to the Premier League after they defeated Middlesbrough on Friday.

Barry Douglas took to social networking site Twitter to express his reaction after the match, and he has hailed the effort of his teammates and has thanked the fans for their support.

Wolves won 2-1 against Boro at the Riverside stadium and restored their six-point lead at the top despite being reduced to nine men following two second-half red cards.

The 28-year-old has been ever present for Wolves this season, managing 32 league games. He has scored four goals and registered 13 assists in the Championship, including one against Boro.

Douglas is happy to take it one game at a time, and has praised the team’s character. He tweeted after the game:

1 down 7 to go camaaaaaan ?? the character and effort from everyone fans included absolutely incredible ???⚽? #wwfc #BD3

But Boro crawled back into the game after Ruben Neves and Matt Doherty were shown second yellow cards for rash challenges.

Patrick Bamford scored a late goal for Boro but the Wolves defence stayed resolute to pick up all three points from the game.

Here are some of the twitter reactions from the Wolves fans:

Good showing again Baz. Well done.
Big shame there’s a two match ban for the boys considering it should have been a sending off for them and a free kick for you to berry a couple of minutes before.

Great result and performance can we crucify the ref? Fab assists Barry – fancy playing for DUFC today and back for the Wolves Tuesday Friday then Utd Sat again

Well Barry you and the lads where amazing ? red was shocking

Everyone of you were fantastic barry I’ve been going since 1968 and never seen spirit like it top men ?

Superb Barry yet again, and another assist ?