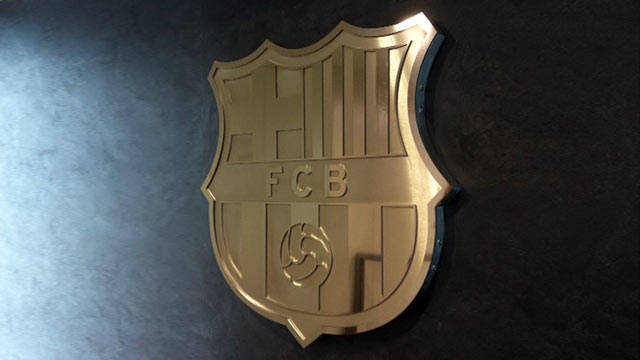 Depending upon the outcome of Copa del Rey Final on May 25th against Athletic Bilbao, FC Barcelona can finish the 2011/2012 campaign on a (relative) high.

Winning the domestic Cup competition is nothing to sniff at but it pales to the accomplishments achieved in previous seasons. FC Barcelona finished the season with 91 points; in most cases this total haul would’ve clinched the title in every other league across Europe. However, Real Madrid unseated FC Barcelona at the summit of the Spanish league with a whopping 100 points.

So is it time to panic? Abandon total football?

Not really. However, it is time to make a few adjustments and fine-tune the squad once more. The key adjective here being “fine-tune”.

Unless Sandro Rosell wants to emulate AC Milan’s “model” and hang onto to ageing Champions until they’re approaching retirement he’d be well advised to sell and buy some players.

Whereas the club’s decision to announce their transfer budget ahead of the 2011 transfer window paid rich dividends (signing Cesc Fabregas & Alexis Sanchez below their market value), this year they seem to take a different route. How much money is or isn’t available to Tito Vilanova is pretty much a mystery at this point. However, one is inclined to believe that his transfer kitty is significantly smaller than Guardiola’s in his heyday. Nevertheless, a smaller Barcelona transfer kitty probably still dwarfs that of every other major club bar a few chosen ones (Manchester City, Chelsea FC, Real Madrid, Bayern Munich).

For the purpose of this article let’s assume FC Barcelona has a war chest of 50,000,000 Euro (the transfer budged for 2011). In this massively inflated market it’s probably just enough to open negotiations for Santos Neymar. Bar any significant drop in oil prices it’s not likely that the exorbitant evaluations of top talent will decline anytime soon.

Barcelona were lucky enough that both Cesc Fabregas and Alexis Sanchez have made it known that the only wanted to join the Blaugrana which gave the club some leverage for negotiations. This year it’s pretty much open season on anybody. In order to stay competitive in the transfer market FC Barcelona has to sell.

Let’s take a look at some players who are most likely sold this summer.

Likely to be sold:

Seydou Keita should be sold. The Malian, 32, has never been a regular under Pep Guardiola and will most likely not become one for Tito Vilanova either. The 8,000,000 Euro evaluation represent the high-end of what Barcelona can expect from any sale. The benchmark is Ricardo Carvalho’s transfer from Chelsea to Real Madrid for 8,000,000 Euro. However, Carvalho was a starter in the Blues set-up and one of the best defenders in the EPL. Hence the more realistic fee the Blaugrana can expect is somewhere in the neighborhood of 6,000,000 Euro.

Verdict: Any proposed sale of Ibrahim Afellay would certainly take place after the 2012 European Championships. At present his market value is set at 10,000,000 Euro. A fine performance in the tournament could potentially double his value.

Verdict: Barcelona is not short on wide options (Pedro, Cuenca. Tello, Alexis) so they would probably entertain any offer of 15,000,000 Euro and more.

As mentioned earlier, Barcelona has a lot of wide options. Therefore it would only make sense to sell either Cuenca or Tello. Jeffren was sold to Sporting Lisbon in the previous season and there’s nothing to suggest that it won’t happen again.

Verdict: Liverpool are credited with an interested in Cuenca. 6 – 7,000,000 Euro (for either) seem reasonable since Barcelona sold Oriol Romeu, who had virtually no first team experience, to Chelsea for approximately 5,000,000 Euro.

As fine a player David Villa is, he is just not what Barcelona need (at least the incarnation where Lionel Messi plays centrally). If the plan is to keep him on the left-wing it would be wiser to sell him. Alexis Sanchez wasn’t acquired to warm the bench and Pedro is showing signs that he’s returning to form.

Furthermore, in Cuenca and Tello Barcelona have ready-made back-up players. At 30 years of age his transfer value will drop in subsequent seasons. Though he is rated at 35,000,000 Euro a more realistic fee would be 20 – 24,000,000 Euro.

The most expensive 30 year old was Andriy Shevchenko (AC Milan to Chelsea for 46,000,000 Euro). Nevertheless he was Serie A’s best player and a Ballon d’Or winner. Both Thierry Henry and Ruud Van Nistelrooy transferred to Barcelona and Real Madrid at the age of 30 (Henry turned 30 in the 2007 calendar year) for 24,000,000 Euro.

But that would be the high-end for David Villa. After all, El Guaje turns 31 in December. Sell him and remove his annual wages of 7,500,000 Euro would free up additional funds.

If someone would match Pedro’s evaluation of 28,000,000 Euro it’s probably for the better to sell him. Another inconsistent season and his market value could be less than half. He’s a good player but there’s nothing to suggest that Cuenca or Tello can’t match him. Any offer upwards of 20,000,000 Euro should be seriously considered.

As far acquisitions are concerned there are two positions that need to be addressed – left-back and central defense, perhaps another striker (one that actually plays as a striker).

According to various press reports Barcelona have made AC Milan’s Thiago Silva (rated: 32,000,000 Euro)* their primary transfer target. If these reports are to be believed Barcelona are convinced they can do a deal for about 25,000,000 Euro.

It’s not going to happen folks. Not for 25,000,000 Euro. Adriano Gallani is a lot of things, for instance he looks like Uncle Fester, but he’s arguably the best negotiator in all of football. Along with Ibrahimovic (who he shrewdly bought from Barcelona for just 24,000,000 Euro), Silva is Milan’s most valuable asset. Galliani has already been tasked with rebuilding AC Milan on a shoestring budget and it’s not likely that he’ll sell a world-class defender below market value.

Coming off of a second successive German championship the Borussia Dortmund defender wouldn’t come cheap but propose a viable alternative to the Brazilian. A full German International, technically sound, superb sense positioning and, most importantly, he can pass a ball. Perhaps Bundesliga’s best central-defender he is already bordering on world-class, if he isn’t already. Though Dortmund have announced that they aren’t entertaining any sales, save for the inevitable departure of Shinji Kagawa, stranger things have happened.

At this point it’s almost a forgone conclusion that Alba either extends his contract with Valancia or rejoins Barcelona. The press suggests that Barcelona is preparing an offer to the tune of 12 – 15,000,000 Euro.

Verdict: Will most likely happen. With one year left on his Valencia contract can’t expect to fetch more than 15,000,000 Euro especially once he makes his desire known to return to Barcelona. In 2010 Mesut Özil transferred under similar circumstances and fee from Werder Bremen to Real Madrid.

Barcelona were found out – opposing teams have figured out how to stop the Blaugrana. However, only a couple of them have the necessary players to execute that particular game plan.

While Barcelona’s usual game plan will work almost against every La Liga team and most European sides, it will most likely not be effective against the likes of Chelsea or Madrid who sit deep and attack on the counter. And there’s the emerging giant Manchester City who could virtually field 10 world-class defenders. A frightening thought.

David Villa is a world-class striker; at least he used to be. But he is absolutely wasted on the left-wing. The feeling, however, is that his situation will not change anytime soon. Maybe it’s because he doesn’t have the imposing striker physique that Pep has mistaken him for a winger. Who knows? Barcelona need an out-and-out striker. Ever seen a Barcelona corner? Nothing fruitful ever happens following a corner. Never. Hence a couple of (potential) recruits.

He’s Zlatan Ibrahimovic minus the outstanding technique and ego. But he more than compensates that with an exceptional work-rate. At any rate, he has quite exceptional technique for a tall guy.

Verdict: 30 – 35,000,000 Euro and not a penny less. Llorente would walk into most sides. On second thought, there isn’t any side that wouldn’t make him their focal point. If Barcelona still have money in the bank after acquiring their primary targets this one is a realistic possibility.

Europe’s most wanted. The market value credited above is NOT what Arsenal are stand to make should they cash in on their captain – it’s merely a reflection of his outstanding season. Barcelona are said to be interested in the flying Dutchman but apparently he’s asking for a wage package north of 200,000 Euro/week, which would make the highest earner alongside Lionel Messi. Arsenal are reportedly offering 120,000 GBP/week (roughly 150,000 Euro). And then there are the usual suspects of Manchester City, Real Madrid and Italian Champions Juventus Turin.

Verdict: Robin Van Persie could become the first player who commands a 30,000,000 Euro transfer fee in the last year of his contract. The previous high was Samir Nasri’s 27,500,000 Euro from Arsenal to Manchester City. 45,000,000 Euro seem out of the question but 30,000,000 Euro is a distinct possibility if City decide to blow the competition out of the water. Though FC Barcelona have been financially irresponsible in the past it’s unlikely that they will engage in bidding war for a player that only has one year left on his contract.

Assuming Barcelona have a basic transfer budget of 50,000,000 Euro and raise cash through the sales of players such as Seydou Keita, Ibrahim Afellay, Isaac Cuenca or Cristian Tello, David Villa and Pedro, they could potentially look 110,000,000 Euro to reinvest in the squad. Unless Barcelona wants to add a striker to their ranks there’s no reason to sell David Villa or Pedro. In that case 50,000,000 Euro should be sufficient enough to buy a world-class center-back and a left-back. A complete overhaul isn’t needed but addressing the left-back and center-back position is essential in mounting another title challenge.

You can always disagree and argue with me on Twitter @JubeiKibagame.