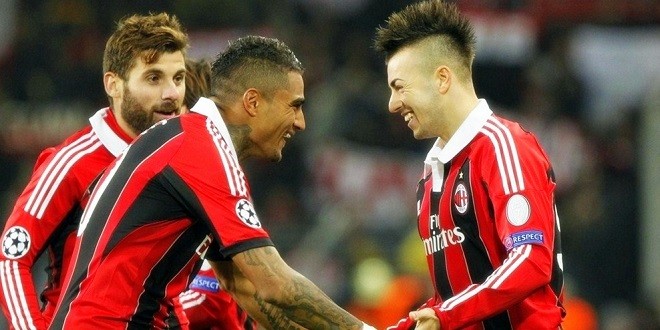 When Barcelona and AC Milan were paired alongside one another in the Round of 16 in this season’s UEFA Champions League, one would not have been criticised for pencilling the Spanish champions in to progress to the quarter-finals. Indeed, all the bookmakers had Barcelona as the football betting favourites to win at the San Siro. How very wrong they were!

Despite losing star players such as Zlatan Ibrahimovic and Thiago Silva to PSG, Alexandre Pato to Corinthians, and a whole host of former club stalwarts in Alessandro Nesta, Gennaro Gattuso, Clarence Seedorf, Gianluca Zambrotta and Pippo Inzaghi, the Italian club incredibly pulled off a memorable 2-0 victory against Barca in the first leg just a few weeks ago.

It has been well noted that Italian football has taken a slide since the Calciopoli scandal that rocked the game back in 2006, which has resulted in Serie A’s fall down the UEFA Coefficient rankings to fourth, behind the German Bundesliga that now occupy third.

While the Italian topflight is currently closer to slipping even further down the standings than reclaiming the all-important third position, tonight’s contest provides the competition with a massive opportunity to claim a scalp and start working their way back to where many believe they belong.

Gone are the days of Nesta and Zambrotta commanding the back four; Seedorf and Gattuso dictating play in midfield, and Inzaghi scoring at will up front; so it will be up to the new, current crop of Milan players to make their mark on the proud club, and complete what has been a remarkable turnaround this season.

The Rossoneri endured their worst start in over 80 years to a Serie A season following the departure of so many key players, and while some pessimists were fearing the worst in 2012-13, the proud club have united and produced a remarkable resurgence.

Success at the Camp Nou tonight will prove that not only the club, but also Italian football is well and truly back on the rise. While it will be a long process, the Milanese outfit will have all of Italy on their side, as they aim to prevent Barca from advancing to the final eight of the competition for the first time in a long time.

So while an AC Milan triumph won’t reclaim that all-important fourth UEFA Champions League qualifying position for Italy’s Serie A, it will definitely be a solid step in the right direction.

Can Milan maintain their lead over Barcelona and progress to the quarter-finals? Let us know what you think by leaving a comment below.