Barcelona confirm the signing of Samuel Umtiti from Lyon 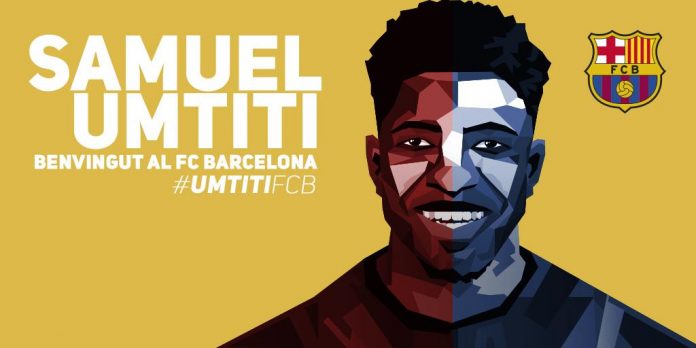 The move has been officially announced on the club’s website and the 22 year old will now undergo his medical on Friday, 15th of July.

The 22 year old centre back was a target for Chelsea as well, but Barcelona have moved swiftly to secure his services. Umtiti has signed a five year contract with the Spanish champions.

The Spanish champions have confirmed that they will pay Lyon a fee of 25 million Euros for the defender.

Umtiti is one of the best young centre backs in Europe right now and would be a tremendous addition to Luis Enrique’s side.

The Frenchman could be a long term replacement for Javier Mascherano.

Lyon have signed Nkoulou from Marseille as a replacement for Umtiti.

Barcelona have also confirmed that Umtiti has a release clause of 60 million Euros.

The player impressed with his composure and maturity during this summer’s European championship in France and is expected to be a regular member of the Barcelona first team next season.