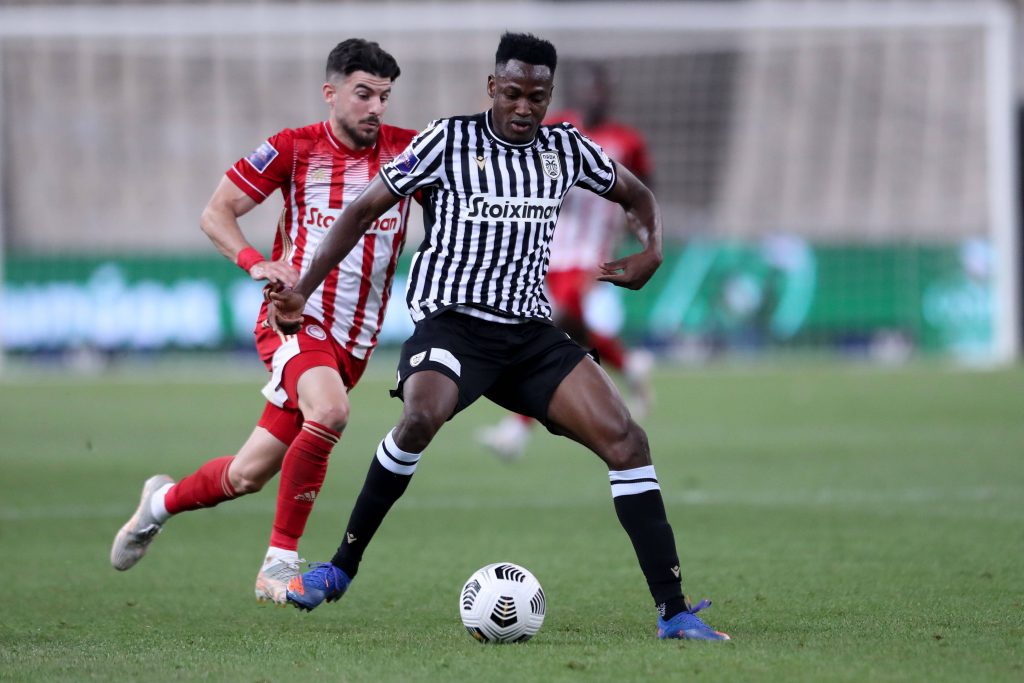 Baba Rahman is one of several players facing an uncertain future at Chelsea.

He has been on the periphery for years while being behind three left-backs in the pecking order under Thomas Tuchel.

The 27-year-old doesn’t have a squad number for the new season and has entered the final year of his contract at Stamford Bridge.

Chelsea are desperate to cash in now rather than risk losing him for nothing.

Rahman joined Chelsea for £20 million from Augsburg in 2015 and made just 23 appearances in all competitions, the last of which came in 2015/16.

The Ghanaian international has spent the last six years on loan with Schalke, Stade Reims, RCD Mallorca and PAOK Salonika, so the writing has been on the wall for some time.

He is behind Marcos Alonso, Ben Chilwell and Emerson at left-back, so there’s little chance he’ll play for Chelsea again.

However, Rahman is yet to find a suitor willing to sign him permanently, so the Blues aren’t making back any of the £20m spent all those years ago.

Getting his £94k-per-week/£4.9m-a-year salary off the wage bill would be progress, but Chelsea also want to retrieve a transfer fee.

This summer may be the only chance of doing so, as foreign clubs can agree a pre-contract deal with Rahman when his deal has six months remaining in January.