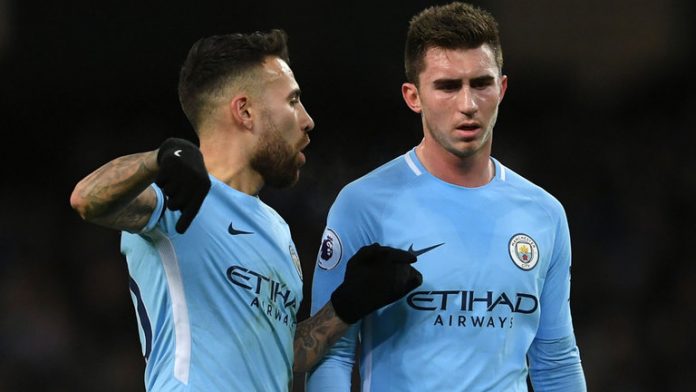 Manchester City head into the final match of the 2018-19 English Premier League campaign top of the table, with just a point between them and Liverpool.

It was the skipper’s first ever goal from outside the box, and his decision to strike from such a distance came as a huge surprise to his teammates – most of whom had “cautioned” him against taking the shot.

French centre-back Aymeric Laporte has revealed he also told Kompany not to shoot, only to tell the Belgian he actually wanted him to as they hugged after the goal.

Interviewed @laporte for #PremierLeagueProductions and he also shouted "Don't shoot" to @VincentKompany! But then, as they hugged, he also said, "I wanted you to shoot!" ?? pic.twitter.com/6CHLHNT1HJ

That goal might be the one that wins City the title, and Kompany will be glad he took the decision despite the “warnings” from his teammates.

They travel to Brighton and Hove Albion on Sunday, while Liverpool host Wolverhampton Wanderers.

City need a win to defend their title, and it looks like they won’t have a problem doing so given the gulf in quality between them and the hosts, and considering the huge motivation in place for such a day.