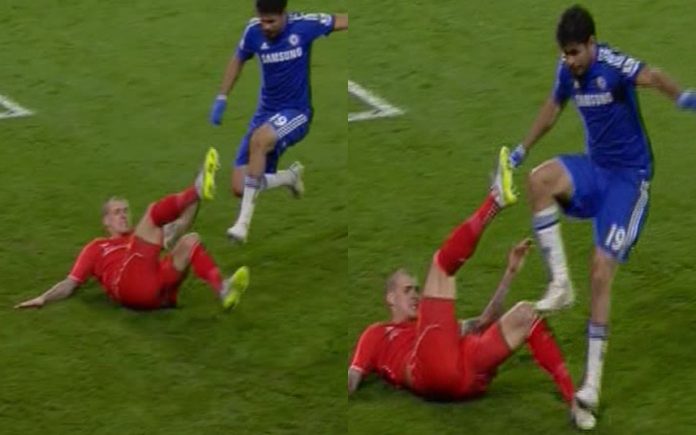 Chelsea striker Diego Costa has been linked with a move away from the London club this summer.

Yesterday there were reports that the player has handed in a transfer request.

The Spanish striker has been linked with a move back to Spain and it seems that Atletico Madrid are keen on a reunion.

The club’s president Enrique Cerezo has now confirmed to Spanish outlet AS that the La Liga outfit are negotiating a transfer for Costa and a deal is close.

He said: “We like him a lot, I admit it. We have spoken to the player and we’re working to bring him back to Madrid. It’s close, but I can’t say any more than that.”

Atletico Madrid are determined to strengthen their side after narrowly missing out on a league title and the Champions League. Simeone’s side made it to the final of the European cup only to be beaten by Real Madrid once again.

The Chelsea star was phenomenal under Simeone during his time at Atletico Madrid and had a spectacular debut season in England as well.

Chelsea have already signed Michy Batshuayi from Marseille for a fee of 33 million pounds and are eyeing up a move for the Real Madrid striker Alvaro Morata.