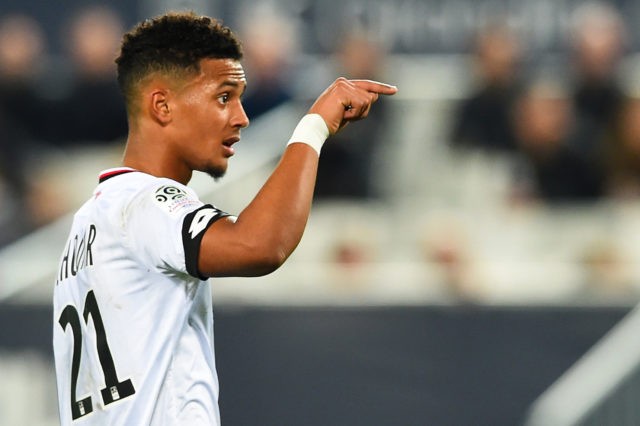 Aston Villa fans have taken to social networking site Twitter to express their reaction to reports linking the club with a move for Mounir Chouiar.

Villa find themselves in the drop zone despite spending heavily this summer. And their future transfer strategy will largely depend on whether they can retain their Premier League status.

However, it seems the Villans have already started planning for the summer. According to reports from French publication, L’Equipe, Villa are monitoring the highly-rated young winger.

The 21-year-old winger only joined last summer from Lens for a fee in the region of €4 million. He has impressed heavily this season and has caught the attention of several European clubs.

The youngster has scored four goals in 18 appearances this season. The report claims that several Italian clubs like Nice, Parma and Fiorentina are vying for his signature.

Chouiar looks set to move on after this season and Dijon could sell him at a bargain price.

Many Villa fans have taken to Twitter to express their reaction. Some feel that he would be a very good addition to the side, while there are others who think the club should go after established names.

Nah he’s genuine quality, I’d be amazed if we pulled it off

We need prem ready players. Thats why in bottom three. All these untested player in prem has not worked.

Plan will be in place for both if we stay up and if we go down.

He is a conventional winger, capable of producing good crosses from the flanks. The French winger is equally good with set-pieces and dribbling and can play in the no 10 role as well.