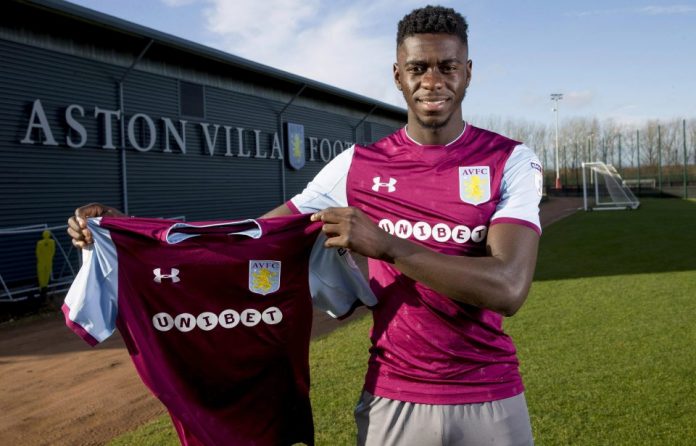 In only his second game in charge of Aston Villa, Dean Smith tasted defeat after his side lost 2-1 against Norwich City at Carrow Road on Tuesday night.

Former Villa target Jordan Rhodes scored a brace as the Canaries came from behind to secure all three points. Earlier, James Chester had headed Villa into a lead.

It was a scrappy game, and both teams seemed to have cancelled each other out. One player who particularly impressed for Villa was Axel Tuanzebe, who was signed by Steve Bruce on loan from Manchester United in the summer transfer window.

The 20-year-old has already made a solid impact for Villa this season, having made 11 starts in the Championship already. He was immense at the back alongside Chester.

He is growing in confidence with every single game, and produced a solid display against Norwich. He won his aerial battles, made three tackles, two interceptions, and as many as six clearances during the game.

Villa fans have taken to social networking site Twitter to express their reaction on Tuanzebe, and majority of them are pleased with the youngster.

Tuanzebe was immense tonight, our best player by miles. Expecting him to be dropped for Friday as that’s what happened last time he played well in his actual normal position at Blackburn. Oh wait, no, we don’t have a spud in charge anymore. #avfc

Thought Tuanzebe was MOTM by a street for Villa. As you say square pegs in square holes from DS has to improve matters in both the short and long term.

– Needed McGinn
– Tuanzebe Looks a real asset, his pace is vital
– Energy levels need working but will come in time
– We missed Abraham big time when he came off

Tuanzebe was class tonight stood out a mile,getting better every game Chester bang average need Bree as our first choice RB as much as I love Hutton I think he’s finished positional defending is shocking!

Axel Tuanzebe is a class act. Only positive from tonight. #avfc