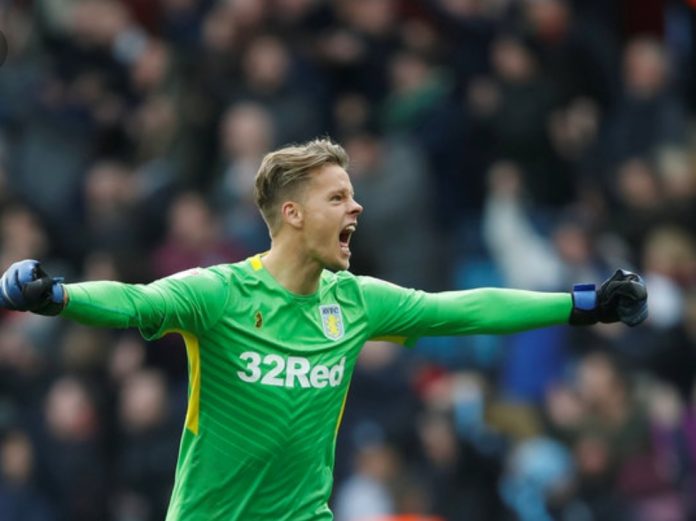 Aston Villa could be without goalkeeper Orjan Nyland for the rest of the season, according to Sky Sports.

The Norwegian is reported to have ruptured an achilles in training. Nyland has been a regular as Villa’s number one throughout this season, and commended for his recent form after a difficult start.

The 28-year-old joined The Villans from German outfit FC Ingolstadt for an undisclosed fee last summer. Capped 27-times at International level, his worth has been evident as Villa aim for a play-off place in the hope of regaining their Premier League status. Currently sitting 9th, Villa are five points adrift of having a second  attempt at play-off success.

The Midlands club do have on-loan Portuguese stopper Andre Moreira, and veteran Mark Bunn to call upon.

However, new signing Lovre Kalinic is likely to come straight into the squad. The Croatian is due to join the club as soon as the transfer window opens. Kalinic has 16-caps at International level, and is costing around £7m from Belgian club Gent.

The timing of the former Hajduk Split man’s inclusion, couldn’t come at a better time following this setback.

Villa’s promotion hopes will be given a stern test on Tuesday, as they entertain QPR. The Hoops are one point and one place above their hosts going into the game.